Putting in the Ritz 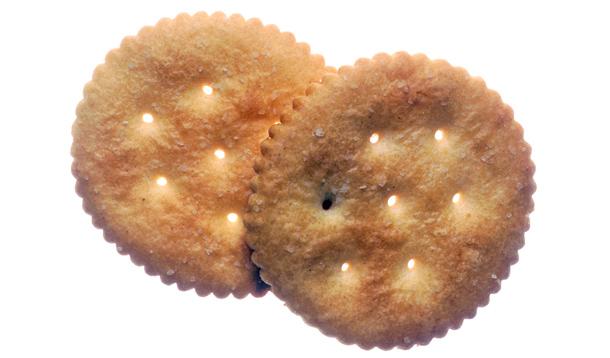 It's a sad day when daycares fine parents for what they put (or fail to put) in their children's lunch boxes. Well, that day came and went for Kristen Bartkiw.

According to an article in Metro, the Manitoba mom was floored by the daycare's note informing her that not only was she being fined $10 for not ticking off the required food groups in her children's lunches that day (she packed homemade roast beef, potatoes, carrots, an orange and milk!), the daycare took it upon itself to fill the nutritional void by providing Ritz crackers... Yeah, Ritz—you know, those crackers with the orange powdery coating that calls itself cheese.

“They have certain legislation that they have in place where you have to follow these food groups, but it doesn’t matter how processed the foods are or if they’re junk food… so Ritz crackers count as a grain,” said 33-year-old Bartkiw.

She called the facility to protest, and her fine was subsequently waived. Still, it appears that Canada's Food Guide has been grossly taken out of context and wildly misinterpreted. See how policymakers exert control over parents in New Zealand.