Your Body May Not Be Fit For Lululemon

It’s really about the rubbing through the thighs 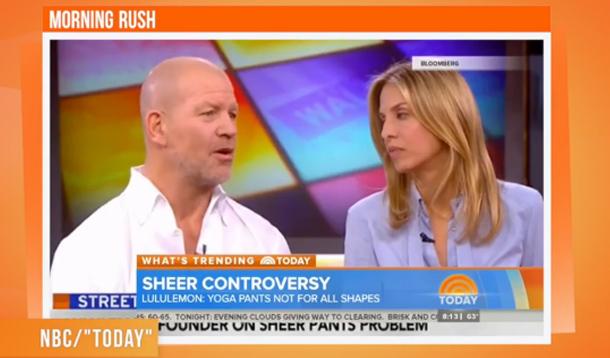 Unless you happen to have the "coveted" thigh gap, you may want to rethink wearing Lululemon. That's ostensibly the message Chip Wilson, one of Canada's richest people and founder of the uber-popular retailer, is sending to his customers, claims an article in Huffington Post.

Remember the whole sheer yoga pant gaffe? Turns out that even though Lulu recalled a certain style of yoga pant for being too transparent, Wilson has now recanted, claiming the problem wasn't with the fabric or design but with the bodies of the women wearing them.

“...quite frankly some women’s bodies just actually don’t work for [our pants]," Wilson said in a recent interview with Bloomberg. “It’s really about the rubbing through the thighs, how much pressure is there over a period of time and how much they use it,” Wilson responded.

When Wilson was then asked if every woman can wear Lulu's pants, he was quick to catch himself: “It depends on how you use it.”

It's not the first time Lululemon has been accused of "shunning" plus-sized women as part of its branding, yet this is perhaps the closest it has come to admitting that its clothes are meant to be worn solely by those with a select body type.

In the case of Abercrombie, the negative publicity generated from its CEO's comments proved irreparably damaging, with the company's profits ultimately suffering. It remains to be seen whether Lululemon will face a similar fate.

Is Lulu's selective marketing a form of discrimination? Or do companies have the right to target their product as they see fit?