WATCH: Cafe Customers Get Scare Of A Lifetime

Just get away from me 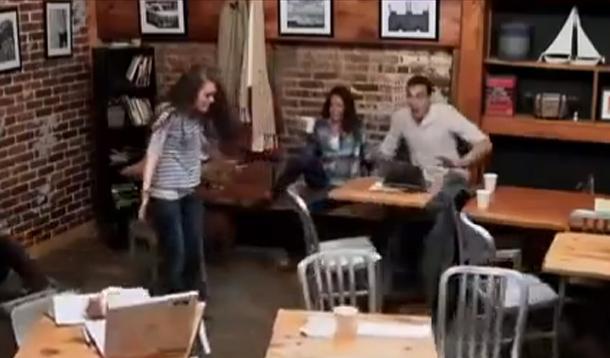 Hallowe'en came early this year to a cafe in New York City that witnessed some crazy-assed telekinetic action. Unsuspecting customers were scared witless by this young woman's 'powers.'

Of course the scene was punk'd. It was all part of the publicity game for the movie remake of the 1976 Stephen King book, Carrie. (Not that anyone can compete with the Sissy Spacek original, IMO.)

But the customers look genuinely taken aback in the footage. Quite possibly, someone could have suffered a heart attack.

Are such candid camera stunts cool or cruel?

Would you have been fooled?