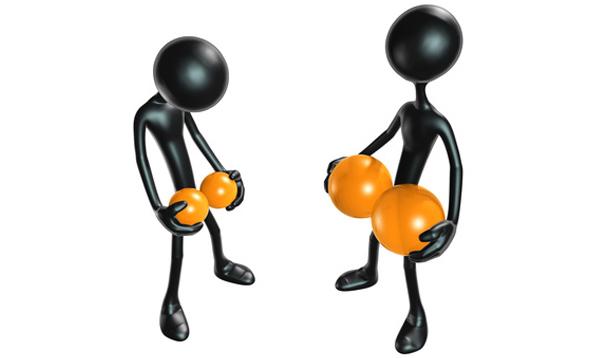 When it comes to being manhood, size may not count for much, yet it may determine what kind of dad you are. New research from Emory University in Atlanta found that the size of a man's testicles play a role in how active he is as a father to his children.

According to an article in the BBC, bigger isn't necessarily better. Men with smaller testicles are apparently more likely to be more hands-on dads, engaging in child care activities like diapering, feeding, and bathing.

Those with smaller testes also showed heightened different brain activity (in reward centres) when looking at pictures of their children than their more generously endowed counterparts.

It seems that men with larger testicles are more concerned with producing the children than rearing them, if the evolutionary theory holds true.

Published in Proceedings of the National Academy of Science, the study examined the correlation between fatherhood and testicle size of 70 men with kids aged between one and two.

"It tells us some men are more naturally inclined to care-giving than others, but I don't think that excuses other men," said researcher, Dr James Rilling. "It just might require more effort for some than others."

Though the study highlights interesting differences, perhaps due to hormone levels, further research is clearly needed to take into account possible cultural and societal factors.

Do you buy it? More science on why men 'go soft' when they have kids.