Family Forswears All Technology For a Year 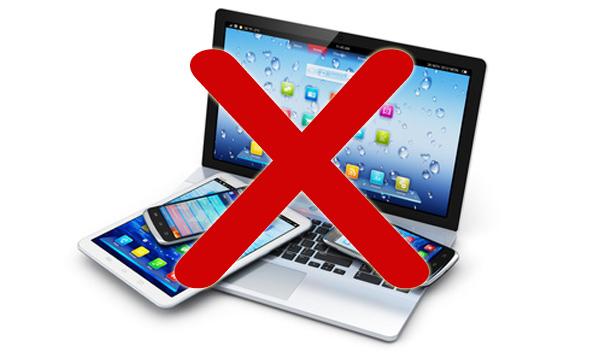 These days we are literally drowning in technology. From the kids glued to games, to moms thumb-flicking on the Blackberry, most of us can barely go an hour without staring at a screen of some kind.  But one family had enough, and decided to take action—radical action: an entire year living without mod cons.

In fact, stepping into Blair McMillan's home is akin to time travel, where the year, to be precise, is 1986. The 26-year-old stay-at-home dad from Guelph cracked when his son Trey, 5, refused to go outside on a beautiful day, insisting he play on his tablet.

According to an article in Today Moms, McMillan and his girlfriend, Morgan Patey, decided to go back to the good old days, re-living the year in which they were both born.

“We packed up our computers, tablets, cell phones, flat screen TVs and so on and put them into storage,” said McMillan. “Instead we bought an old wooden TV, a radio, a rotary phone and a Nintendo!”

Funny enough, their two sons adapted easily without the technology; it was their parents who struggled to make do without any post-1986 gadgets. But the payoff has been worth it. The family now spends more time together, walking their dog or playing in the park. All well and good, but what happens when that long Canadian winter hits? Stockpile those VHS...

“As parents, we communicate more and have become way more hands on,” said McMillan. "What’s funny is that the simplest things are now the things that entertain Trey the most. He loves to go outside and pull weeds with me or turn over rocks and find bugs.”

Of course it's not all roses. McMillan admits that his young sons do argue more since they play together more, which entails more sharing.

“The road trip we recently took to Minneapolis was the worst,” said McMillan. “It would have been a lot easier to hand them a DVD player when they were both screaming about sharing stickers in the back seat of the car.”

While the McMillan example—and this camp—may be extreme examples, they highlight the need and benefit to cut back on technology. I've heard of families going wireless for the weekend, which seems a more reasonable and realistic feat.