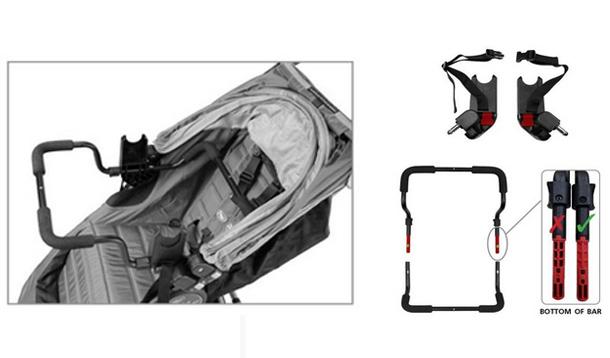 If the car seat adaptor is not properly installed into the brackets, the car seat support bars may fail, resulting in a fall hazard to children.

While there have been no reports of incidents in Canada, the U.S. received 47 reports of the car seat adaptor support bars failing, resulting in fallen car seats and two children sustaining bruises to the head and toes.

Customers are advised to stop using the recalled adaptors until they receive the free replacement support bar, which was modified in every adapter manufactured after September 20, 2012. Contact Baby Jogger (toll free) at 1-866-774-7177 for the replacement parts.