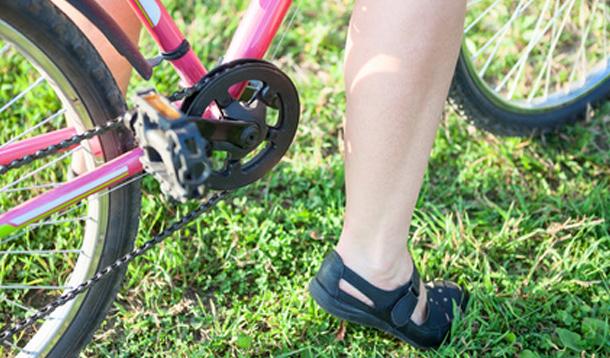 What do you do when faced with injustice? If you're Kayla Smith, you take the law into your own hands, that's what. Imagine the 33-year-old Vancouverite's surprise when the bicycle that was stolen from her four and a half months earlier winds up for sale on Craigslist.

According to an article in the Globe and Mail, Smith not only replied to the ad, she met up with the seller in a McDonald's parking lot. Intent on making sure the bike was hers, she checked for its distinguishable features (stickers), then took it for a test ride—all the way home.

“I can’t believe I just stole my bike back,” thought Smith, who left her seller dumbstruck in the parking lot.

Police, though, weren't quick to praise her vigilante approach, reminding citizens that taking the law into your own hands can easily go awry. For many cyclists, however, Smith's story—posted by a friend on Reddit, to the tune of 2,000 comments—was nothing short of glorious.

And for Smith, the bike was a prized mode of transport, valued at more than $1,000. Despite the heavy-duty lock, her bike disappeared, prompting her to file a police report. But since bike thefts are low on the priority list for police, she held little hope of ever seeing her wheels again.

Then a friend notified her of a listing on Craigslist for a bike whose description matched that of hers. It was listed at $300, so she wasted no time, knowing she would have to act fast at that price.

“I called the guy up, totally played super sweet, was like, ‘Hi, how are you? You know, I have the day off today, why don’t I come meet you?’” recalled Smith.

She has since passed on the seller's details to authorities, to no avail. In other stranger-than-fiction bicycle news, being hit by a car while riding his bike was the luckiest thing to happen to this boy...