Can't Bear When Your Kids Don't Share? Try Not to Care. 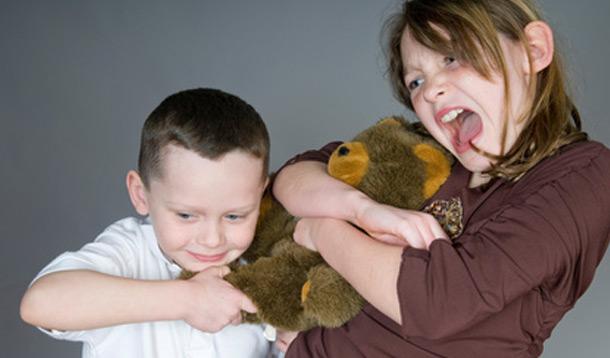 Sharing is caring. Yet even though you may want to teach your preschooler to share—and who doesn't?—you are probably going about it the wrong way. New research states the best way to get kids to share is by giving them the choice.

How To Reduce Parenting Battles By Using This Phrase

According to an article in Science Daily, forcing or rewarding kids for sharing their toys can only backfire. Published in Psychological Science, the study from Cornell University has found that children become "prosocial" when they perceive themselves "as people who like to share."

Also known as the over-justification effect, children may later resist sharing if they feel coerced or rewarded for doing so. In other words, they must decide to do it by themselves and for themselves.

Should You Pay Your Child An Allowance To Do Chores?

As part of the experiments, children between aged three to five years were given the choice to share coveted stickers with a puppet named Doggie, who was feeling sad. Those who shared of their own volition did so repeatedly, while others who were initially compelled to share were later reluctant to do so.

"You might imagine that making difficult, costly choices is taxing for young children or even that once children share, they don't feel the need to do so again," said Cornell psychological scientist, Nadia Chernyak. "But this wasn't the case: Once children made a difficult decision to give up something for someone else, they were more generous, not less, later on."

"Allowing children to make difficult choices may influence their sharing behaviour by teaching them greater lessons about their abilities, preferences, and intentions towards others," concluded Chernyak.

So the next time there's a tug of war over that truck or doll, give a choice, then sit back and do a little experiment of your own.

Is your child a sharer? Did you do anything to nurture that quality?