The Random Act of Kindness That Will Blow Your Mind

What would you do? 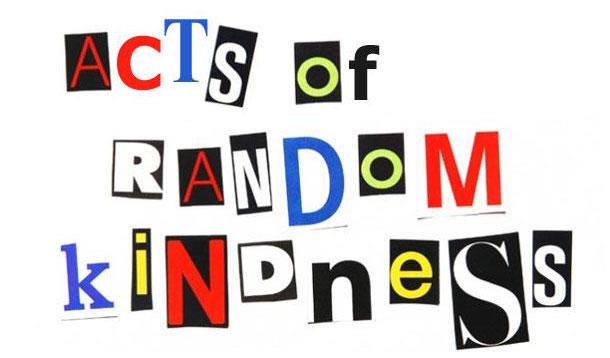 Good samaritans are making headlines this week, beginning with this guy who pulled over to assist a woman in a motorized wheelchair, calling it his "random act of Canadianness." But that kindness soon extended south of the border, where an Indiana woman who stumbled upon a pile of cash in a parking lot didn't hesitate before doing the right thing.

Not only was Shannon Baker nine months' pregnant at the time, but the 27-year-old and her husband were both out of work when she found $4,000 in a parking lot.

It would have been so easy for her to pocket the huge sum of cash, and she would have been within her rights to do so. Instead, Baker went to the police, who then contacted the local newspaper. According to an article in the Huffington Post, a woman in her 70s responded to the ad, providing a receipt for the cashed check.

"[The woman] came to my house and she was almost in tears thanking me," said Baker. "She gave me a hug and an envelope with a small amount in it."

Most of us like to think we'd do the same. But put yourself in Baker's shoes for a moment: heavily pregnant and unemployed. Keeping the money must have been tempting. So why did Baker do the decent thing?

"For me, it was to teach my daughter honesty and morally showing what I was taught growing up," she said. "To be honest about what you do."
Baker's story is part of a trend of celebrating random acts—such as the one involving this pregnant woman. And then there's this guy...
Spill it. Would you have done the same thing in Baker's circumstance? Have you ever done a similar good turn?
Category:
Life - Celebrate
Tags:
random acts of kindness
Random Acts
good samaritans
pay it forward
morals
honest
giving back
mummy buzz