Sink Your teeth into science 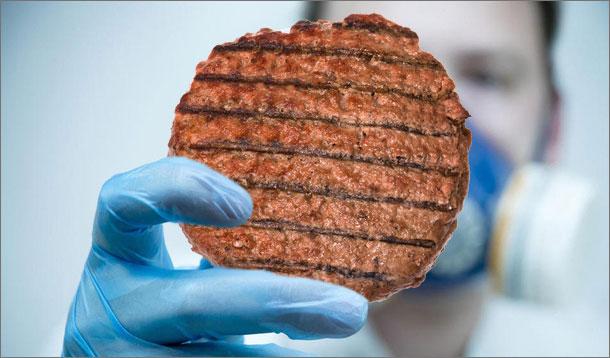 Those of you freaked out by GM foods, look away. On the back of an economist's controversial declaration that this food is the most nutritious and affordable going, the burger gets another look in. This time it's a beef patty like no other—made exclusively of synthetic meat.

The meat is made from the cells of a dead cow, and is the brainchild of Mark Post, a medical physiologist from the Netherlands. Yum. Before you all rush out to sink your teeth into the 5oz science experiment, consider the cost: around £250,000 ($400,000CD).

According to an article in the Independent, the 'in vitro' burger may well be the answer to the world's food crisis, which in turn translates to an global crisis since rearing cattle "could easily lead to the conversion of much of the world's remaining forests to barren, manicured pastures by the end of this century."

The Independent articles estimates that the average Briton eats about 85kg of meat a year, "which roughly translates into 33 chickens, one pig, three-quarters of a sheep and a fifth of a cow." Even for the most devout carnivore such figures are hard to swallow. Our diet clearly isn't sustainable.

While the first burger will be cooked and consumed in a live demonstration next week, scientists predict the meat won't become available in supermarkets for another five to 10 years, assuming it gains approval from food standards agencies. With its more ethical origins, though, test tube beef may even convert hardened vegetarians.

The environmental impact of using stem cell beef is obviously huge, but could you bring yourself to eat something grown in a lab?