Wife of NBA Star Allows Him to Cheat 'Once A Year' 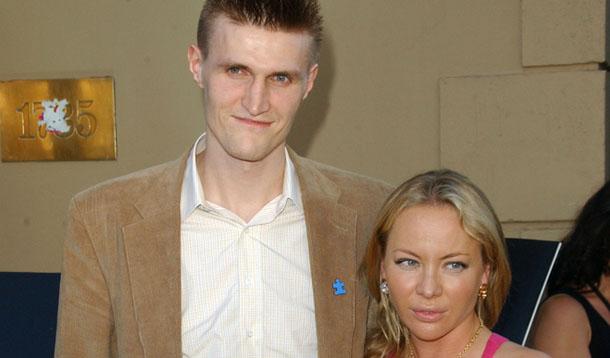 If certain relationship columnists are to be believed, the secret to longevity in marriage is not monogamy. And it seems to be working out for New Brooklyn Net Andrei Kirilenko and his wife, who grants him a 'carte blanche' to stray one night a year.

“What’s forbidden is always desirable," explains Kirilenko's wife, Masha Lopatova (shown in the image above with Andrei). "And athletes, particularly men, are susceptible to all the things they are offered.”

According to an article in the New York Post, the 34-year-old Russian pop star is a realist; she knows the temptation to sleep around can be overwhelming, especially when your professional athlete husband is on the road seven months of every year.

So the deal is: one night a year he can have sex with another woman. But affairs are strictly off limits.

Her rationale is that men are programmed to stray by nature. Yet their tacit agreement doesn't cut both ways. How fair is that?

Yet the deal seems to be working out for the pair who has been married for 13 years and have two sons, aged 11 and 6.

“If something isn’t allowed you, you want to get it,” Kirilenko says. “But if it is allowed to you, you will not need it.”

He did not say whether or not he has yet cashed in on his free pass.

What do you think of this arrangement? Does it defeat the object of marriage, promising to be true et al? Or does cheating cease to be cheating if your partner says it's OK?
Are there any circumstances in which you would consider it?
Category:
Life - Relationships
Tags:
Andrei Kirilenko
Masha Lopatova
nba
nba star
monogamy
cheating
free pass
affairs
one night a year
Carte Blanche
open marriage
cheating in marriage
wife allows cheating
monogamy isn't natural
adultery
faithful
marriage vows
mummy buzz