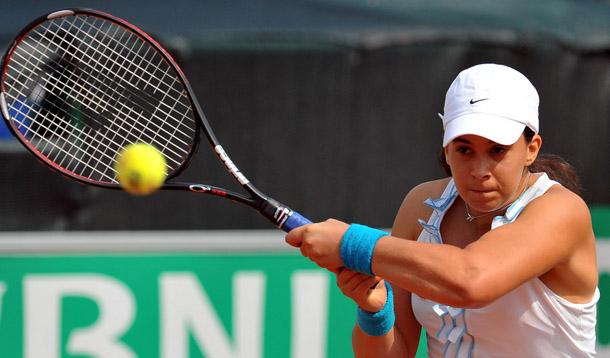 Wimbledon. You may have heard of it. It's kind of a big deal in the tennis world. You'd be forgiven for thinking it was all about short-short whites and long blonde tresses. This year's Women's Singles champion, Marion Bartoli, sadly, fails to tick boxes on the 'looker' front, and instead of congratulating her on being a sporting virtuoso, the whole wide world, it seems—including the esteemed BBC—felt the need to point out her attractiveness fail.

A Public Shaming site posted numerous disparaging tweets about the 28-year-old French tennis champion. It makes for a substantive and vile compendium. Just goes to show, you don't need more than 140 characters to stage an all-out assault on someone.

The problem? Basically, the leggy blonde didn't win the title, and even non-advertisers were seriously put out of joint. How dare a world-class sporting event actually be about sports? (Well, they are for men, but somewhere between Navratilova and the Williams sisters, women's tennis ceased to be about tennis. Don't believe me, just check out Maxim's homage to the hot women of tennis...)

To be fair, Twitter is rife with sexist pigs, but even several women got in on the 'fun' of tearing into Bartoli:

Lauren Arnold @arnoldlauren
"Seriously hate Bartoli. You look like a man. Get your penis removed then see if u can win Wimbledon"

But the champion is already proving she is thus both by name and by nature. When asked about the contentious BBC comment, Bartoli replied:

"It doesn’t matter, honestly. I am not blonde, yes. That is a fact. Have I dreamt about having a model contract? No. I’m sorry. But have I dreamed about winning Wimbledon? Absolutely, yes."