My Little Pony's Unconventional Fan Base is Growing

What would a pony do? 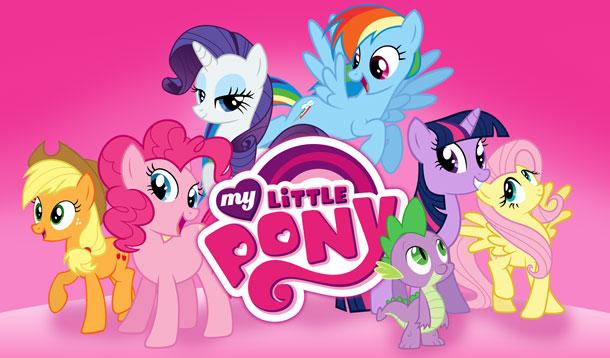 My Little Pony (MLP) fans come in all different shapes and sizes. Perhaps its most surprising fan base consists of adult males, otherwise known as Bronies. According to an article in Toronto Star, these grown men buy all the merchandise, watch the show, and sometimes even step out dressed as their favourite pony.

Needless to say, the popular cartoon is aimed at young girls, so no wonder its emerging fan base feels largely misunderstood.

In fact, the Bronies even have their own convention, attended by some 4,000 last year in the U.S. Canada is set to run its own fan expo in Vancouver this summer, with another possible date in Toronto if fans have their way.

“...it’s not like any other kids show,” claims Alexander Blake, an 18-year-old computer science student, who estimates that he has spent around $400 on MLP merchandise. Bronies gravitate toward the show's gender-neutral storylines as well as its fantastic animation.

With the forthcoming release of the movie, 'My Little Pony: Equestria Girls,' Bronies have been flocking to early screenings in droves, yet their presence has not been embraced by all parents, who suspect their interest in the show of having a sexual subtext.

Louisiana psychologist Marsha Redden has been studying the Brony phenomenon, through interviews with 30,000 participants, many of whom are "single, computer-savvy men struggling socially." She believes the show provides friendship opportunities for these men, as well as escapism from reality.

“Each episode teaches a lesson,” says Redden. “It comes down to What Would a Pony Do.”

Is it weird or inappropriate for grown men to dig My Little Pony? Or are Bronies simply harmless, self-professed "nerds"?