Putting the Men in Menopause

It's an evolution thing 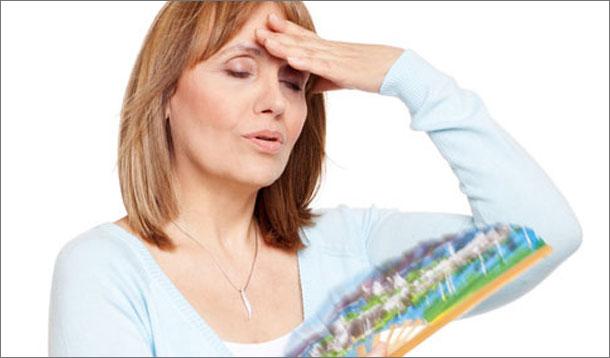 Science has a fascinating new theory about menopause, and men are are the driving force behind it. According to an article in the Star, guys who opt for younger women are to blame for causing their partners' loss of fertility.

It's an evolutionary thing, claim researchers at McMaster University, who found that men who opt for younger mates bring about menopause in older females.

“What we’re saying is that menopause will occur if there is a preferential mating with younger women and older women are not reproducing,” said evolutionary biologist Rama Singh.

Over time the menopausal period became "part of the overall human female genome."

". . It becomes a simple age-related disease, if you can call it that,” said Singh, who co-authored the study, which was recently published in the journal PLOS Computational Biology. “That’s just like all the mutations that affect our aging—white hair, weak muscles, this and that. These are mutations which affect fertility.”

Apparently human males differ from many other primates when it comes to their mating habits, with male chimpanzees in particular exhibiting a preference for older females.

So if men kept digging older women, maybe their reproductive cycle would hold up for longer, says Singh, thus deferring the many health issues that arise from hormonal changes, such as increases in cardiovascular disease and osteoporosis. Everything you wanted to know about menopause but were afraid to ask, courtesy of our in-house doctor.

Does menopause come too soon? In an ideal world, would you like a longer reproductive period?