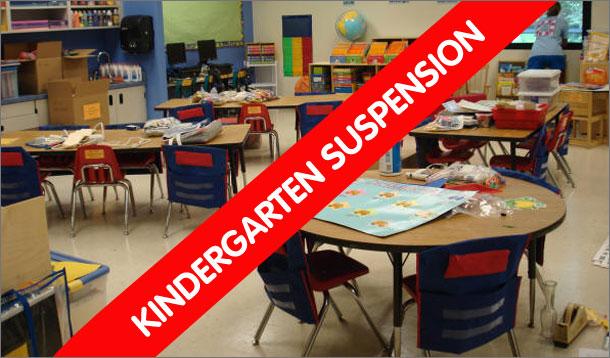 Is that a teeny toy gun in your pocket or are you just pissed off to see me? That's what a Massachusetts school might have been asking after it threatened to suspend a six-year-old student from toting a LEGO-sized weapon with him on the bus ride to school.

According to an article in the Huffington Post, a classmate told the bus driver, who in turn threatened the child with "a detention, a bus ticket and a potential bus suspension."

Even though the gun in question wasn't much bigger than a quarter, and the detention never followed through, the impact of the incident was huge. The student wrote a letter of apology to both the driver and Old Mill Pond Elementary School.
This kind of zero-tolerance policy has led to other incidents recently, following the Newtown school shooting, including a five-year-old girl who was suspended over a 'Hello Kitty' bubble gun and seven-year-old Josh Welch who was famously suspended for "biting a Pop-Tart into the shape of a gun." (Then the NRA went and applauded his actions.)

Perhaps if the U.S. instituted a zero-tolerance policy for real guns, then it would do away with toy gun paranoia.