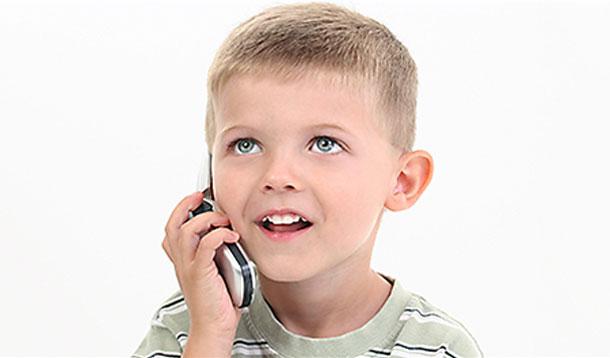 Technology moves too fast, especially in the UK where the first cell phone was launched, marketed specifically at children as young as four years old!

Don't be fooled by its simplicity, though. The phone is categorically not a toy. While there is no texting or internet facility, the so-called 1stFone makes real calls—with up to 12 pre-assigned numbers so Mommy and Daddy can be reached at the push of a button.

OwnFone, the phone's manufacturers, claim the basic nature of the phone rules out the risk of "online abuse, viewing inappropriate material or phone muggings."

Let that just sink in a minute. Why on earth would your four year old be at risk of any of the latter?

“Marketing mobiles to pre-school children is wrong," said Netmums.com founder Siobhan Freegard in an article in the UK Sun. “No four-year-old should be left alone or in a situation where they need to ring an adult.”

At £55 (around CD$85), a 1stFone deal of course includes rolling contracts and pay-as-you-go.

Notwithstanding the health advisories about cell phone use by under-16s, is this yet another shining example of companies profiteering from parental paranoia or simply a safety-minded 'first step'?