Why You’re Probably Too Fat For Abercrombie & Fitch

A lot of people don’t belong in our clothes 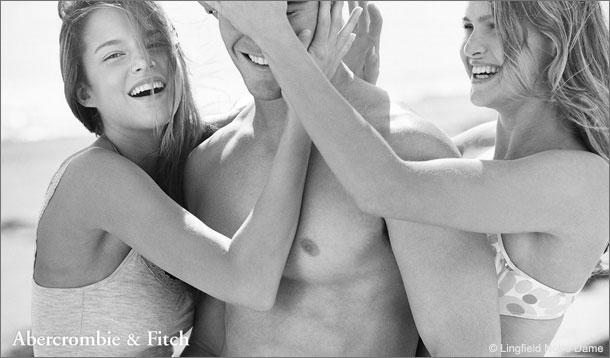 While some brands are finally starting to celebrate the fact that women come in all different shapes and sizes (I’m looking at you, Dove, you too, H&M!), Abercrombie & Fitch isn’t one of them. In fact, the teen retailer goes one further by refusing to stock women’s XL or XXL sizes because it clearly doesn’t want plus-sized people wearing its glad rags. The largest pant size they offer for women is 10.

So much for cool. According to an article in Business Insider, Abercrombie’s exclusive attitude comes straight from the top.

"[CEO Mike Jeffries] doesn't want larger people shopping in his store, he wants thin and beautiful people," said Robin Lewis, co-author of The New Rules of Retail. "He doesn't want his core customers to see people who aren't as hot as them wearing his clothing. People who wear his clothing should feel like they're one of the 'cool kids.'"

So why the double standard for men’s sizes, then? Presumably to appeal to the buff football players and jocks, maintains Lewis. When asked to comment on the sizing issue, the (presumably skinny) Abercrombie spokesperson failed to comment.

In Jeffries’ world retail is all about sex appeal—which in his limited vision only belongs to a set shape and look. Clearly he has never heard the name Marilyn Monroe…

What a narrow-minded, not to mention unrealistic, business model. So-called ‘plus-size’ would be more aptly dubbed ‘real-sized,’ with 67 percent of the population fitting that label. If you’re a clothing retailer, you have to dress people as they are, not some warped ideal of what they should be.