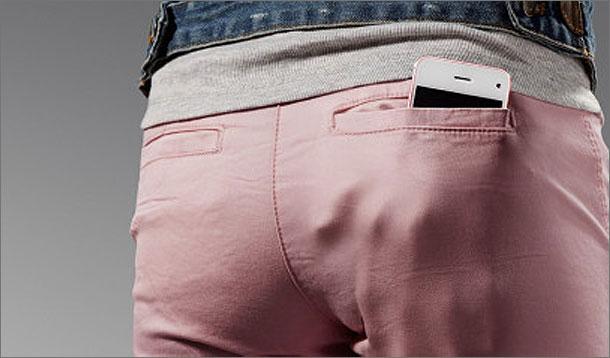 Who’s got their hands down your kid’s pockets? OK, so likely not an image you feel comfortable with. Me, neither. Yet a new campaign by the French non-profit association Innocence En Danger (Innocence In Danger) has just gone there. The ads depict both a male and female being groped by a hand in the place where the phone was kept.

"Sexual predators can hide in your child’s smartphone," goes the tagline. As campaigns go, this one seems pretty shocking. But then, some shock value is necessary when it comes to public awareness, non?

According to an article in the Huffington Post, the French organization is working in “29 countries to bring awareness of protecting children from sexual abuse.” The ad, designed by advertising agency Herezie in Paris, sought to draw attention to the sexual predators potentially hiding in your kid’s mobile phone.

Little Warriors, a similar charity here in Canada, has a similar aim. It found that one in three girls and one in six boys “will experience an unwanted sexual act before their 18th birthday.” And that the overwhelming majority (95 per cent) of perps know their victims.

Do you think such campaigns are an effective tool or simply shock tactic?