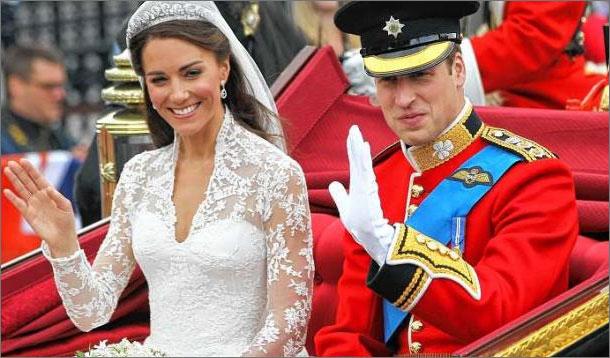 Duchess Kate is shacking up with her parents following the birth of the royal heir. According to an article in USA Today, the move is a big deal, if only because the newborn is in line for the throne.

"Future monarch to start life in commoner's home in Berkshire instead of royal residence." That was the stuffy Daily Mail headline.

But can you really blame Kate? It's her first child, she will be even more swarmed by paparazzi than usual, and the situation is only temporary, after all.

"Kate says she 'just feels safest and most secure' with her family and believes that no one could be better placed to teach her about bringing up a baby than her mother, who has three children of her own," said royal correspondent (and aptly named) Rebecca English.

But the tabloids need not fret. It's hardly like Kate and the heir will be slumming it with 'commoners.' The Middleton's Berkshire estate is just that—an estimated $7 million "sprawling Georgian manor."

And besides, it's not like the baby's nursery is ready. Prince William and Catherine Duchess of Cambridge (formerly known as Kate Middleton) are currently homeless. Oh, they have a home—several of them, in fact, one of which is a apparently a 57-room apartment in Kensington Palace currently under renovation.

Personally it was hard enough moving back with my parents for a couple months after graduating from university. While it would be nice to have the spare sets of hands and willing cuddlers, I'm not sure I could withstand all the unsolicited advice that flow freely as breast milk. Tongues would be bitten. And like that Daniel Day Lewis movie, there would be blood. Pints of the sanguine stuff...

Is it important for new parents to live in their own digs after a baby is born? Or is there merit to living under the grandparental roof, as this YMC blogger recently discovered?

Would you, could you do it?