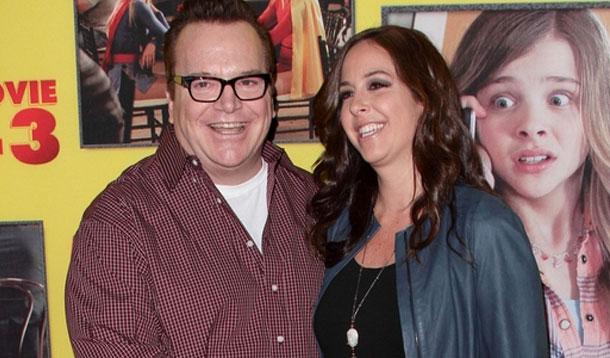 Though by rights old enough to be a grandfather, Tom Arnold (best known as ex-hubby to Roseanne) became a dad for the first time with wife Ashley Groussman.

According to an article in Huffington Post, after fertility treatments, Arnold is now the proud daddy of a boy named Jax Copeland.

“We are still in a bit of shock,” the celebrity couple told People Magazine. “It has been a long journey and the healthy birth of our son is a miracle.”

But Arnold still has his sense of humour firmly intact, as he joked about his age:

After ongoing fertility issues, Arnold admitted he didn’t think fatherhood was “in the cards” and has deemed the conception a “miracle.”

Groussman is the fourth wife for the funny man. A happy ending for a couple that apparently underwent several rounds of in vitro fertilization in order to conceive.

Grandfather dads are nothing new, especially when it comes to celebrities. But the question begs: is it cool to bring children into the world knowing there is no chance that you will live to see them grow up?