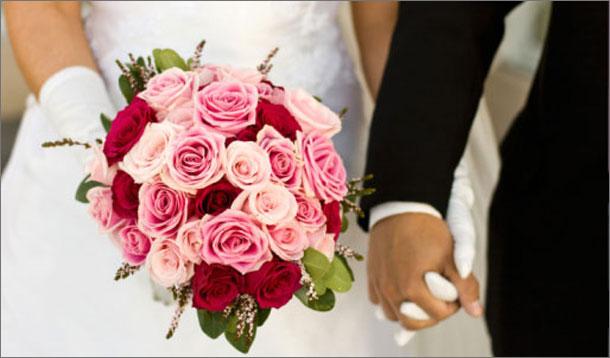 Does marriage make you fat? Apparently so, according to a study from a Dallas University reported in Science Daily. And the happier you are in the early years of marriage, the more likely you are to pack on the pounds.

"On average, spouses who were more satisfied with their marriage were less likely to consider leaving their marriage, and they gained more weight over time," said psychologist Andrea L. Meltzer, lead researcher and assistant professor at Southern Methodist University. "In contrast, couples who were less satisfied in their relationship tended to gain less weight over time."

This latest research casts doubt on previous studies claiming that marriage was beneficial to a couple’s health. Apparently it all depends on the quality of your marriage. The happier you are, the less inclined you are to want to attract someone other than your spouse.

So the theory goes in the article, "Marital satisfaction predicts weight gain in early marriage," currently published in Health Psychology, based on data of 169 newlywed couples tracked over the first four years of marriage.

These findings complement other stats showing that divorce tends to lead to weight loss, no doubt because that person is suddenly ‘back on the market’ and more concerned about attracting a mate.

I put on weight the minute I started living with my husband, even before we were married. So maybe any happy relationship can have this effect once a certain comfort level sets in.

Do you concur with these findings?