a phoney celebration of all things green 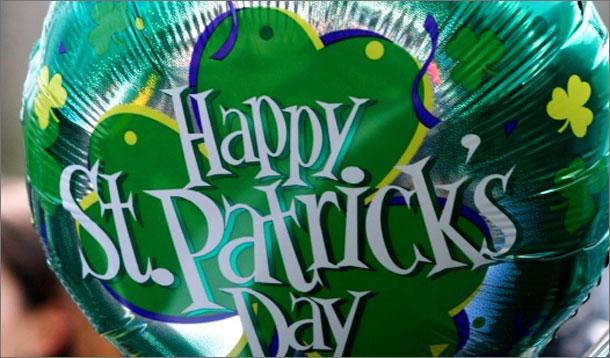 Guess who won't be celebrating this St. Paddy's Day any time soon? The Paddies themselves. According to a recent survey by Ancestry.ca, the majority of Irish Canadians aren't impressed with the standard fare of Irish culture served up on March 17.

Even though more than a quarter of all Canadians—that's nine million peeps—claim some form of Irish heritage. But 60 per cent of us don't partake in the festivities. It seems green beer, shamrocks, and leprechauns just don't cut it with the bona fide Irish, who feel Canada hasn't got a clue when it comes to real Irish culture.

I concur. It's something of a pet peeve with my Belfast-born husband. A few tidbits that will make him smile:

So there you have it. It's not all about the Guinness. In fact, even as far as beer goes, you might look a little closer to home for the Irish connection: John Kinder Labatt. Labatt—as in Blue—was born in Mountmellick, squat in the middle of Ireland, before immigrating to Ontario where he acquired a brewery. The rest is modern history...

“Whether unheralded workers, children of Irish immigrants or famous Irish descendants that went on to promote Canada on the international stage, the Irish have influenced almost every part of Canadian culture,” said Ancestry's family history expert, Lesley Anderson. “Given the often times difficult circumstances under which they left Ireland and the sometimes discriminatory ways in which they were treated upon arrival, it truly is amazing that Irish culture has survived and thrived so strongly.”

In Ireland, St Patrick's Days isn't the 'pissfest' it is in North America. According to an Irish ex-pat writing on Huffington Post: "Rather than being a phoney celebration of all things green, it was a religious celebration of our most famous patron saint."

So do something authentically Irish this St. Paddy's and visit Ancestry.ca/canadianirish for a 14-day free trial to see how many fifths or fourths Irish you are.