Put Down the Muffin! 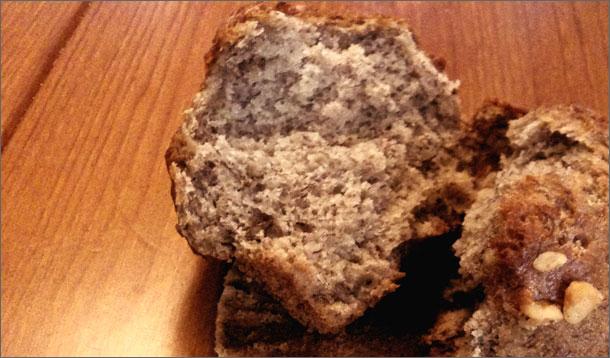 Before you go getting too smug about that organic vegan muffin in your hand, think again. According to an article in The Star, Holly Heglin has been indulging regularly in a sweet potato date muffin from Urban Herbivore, a vegan cafe with locations in Toronto, including the Eaton Centre. Being organic and vegan, the muffin must be reasonably healthy, right?

Curious to discover the calorific content of the muffin described on Urban Herbivore's website as "so good for you," Heglin contacted The Dish. So much for organic and nutritious.

Heglin guessed the muffin contained around 400-500 calories, when in fact that number was nearly double: 986 calories. That’s right, almost half of the average woman's suggested daily intake—in a single muffin. That's the equivalent of 14 chocolate glazed Timbits. Even a McDonalds double chocolate muffin with Oreo crumble has just 450 calories and 15 grams of fat. And at least Tims and McDs aren't trying to pull the wool over, pretending its treats are healthful.

Who knew that a sweet potato date muffin could contain such a ridiculously high number of calories? Not to mention a fat equivalent—38 grams—of eight teaspoons, and a whopping 45 per cent of our daily salt intake at 689mg of sodium.

Not to pick on the Urban Herbivore, but suffice to say, we should all think twice before reaching for a snack. Just because it's vegan or organic doesn't mean it's necessarily 'healthy.' And moreover, when it comes to muffins, nutritionists advise they should be the size of clementines, not grapefruits.

Heglin doesn't plan on ditching the muffin, which she sees as her personal version of the double cheeseburger. But at least she will do so sparingly from now on.