What Causes Acute Sickness During Pregnancy?

Not Just a Symptom of Princesses 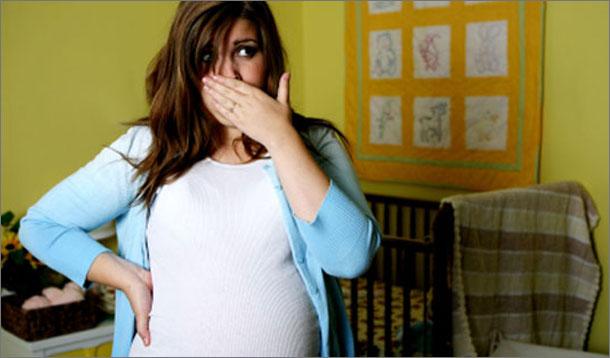 Though the Duchess of Cambridge may not have realized it at the time, Kate Middleton drew international attention to a condition about which little is known when she was hospitalized a few months ago. Though some were quick to dismiss the attention as 'princess treatment,' Hyperemesis Gravidarum (HG) can actually be fatal.

According to an article in Science Daily, the condition—which involves acute nausea and sickness during pregnancy—is thought to have hormonal, genetic and socio-economic origins.

Affecting approximately one in every hundred, as with the Duchess, women with HG may require hospitalization to "restore hydration, electrolytes and vitamins intravenously."

"At worst, women may die if they go untreated. Many women find that the condition has an adverse effect on their work and family lives," said senior researcher at the Norwegian Institute of Public Health and specialist in gynaecology and obstetrics, Åse Vikanes, whose doctoral thesis was the first in the field in Norway in 70 years.

"Not too many years ago, people sincerely believed that the cause [of HG] could be the woman's subconscious rejection of the child and the child's father. The attitude in part has been that the pregnant woman needs to pull herself together," explains Åse Vikanes.

Now researchers are finally starting to investigate the scientific basis behind the condition, thought in part to involve elevated levels of oestrogen and the pregnancy hormone, human chorionic gonadotropin (hCG).

It would be interesting to note if the Duchess' own mother suffered from HG, since tends to be hereditary. Interestingly, body mass index (BMI) and diet during pregnancy are said to trigger severe nausea in expectant mothers, with those at either the higher or lower end of the scale affected. (Presumably the tabloids would have a field day with this tidbit, since there was much made of Kate's weight loss in the months leading up to the Royal wedding.)

Dr Vikanes and her colleagues are now digging around to prove conclusively that the condition is not simply in the woman's head. "We need to learn more about this so we can help women who suffer from this condition to get better treatment," said Dr Vikanes.

If you suffered from hyperemesis, do any of the above hypotheses ring true in your case?