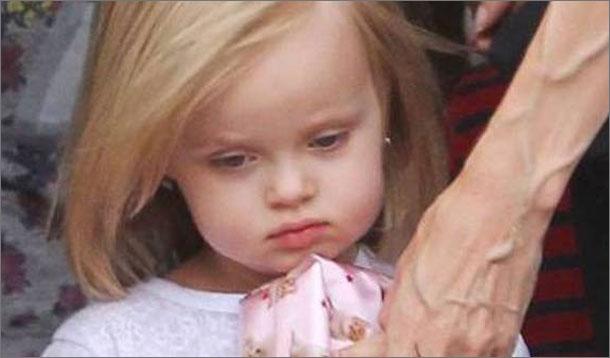 Vivienne Jolie-Pitt is clearly following in her double-barrelled celebrity parent footsteps. In her first gig in film "Maleficient" little miss scored a big fat paycheck. According to an article in the Huffington Post, the 4-year-old daughter of Angelina Jolie and Brad Pitt will star in the Sleeping Beauty spin off and get paid handsomely for the privilege—$3,000 per week with a $60 per diem.

It obviously helps when mom has a leading role (even if it is playing an evil witch) and your siblings also bagged bit parts. Vivienne reportedly plays young Princess Aurora in the highly anticipated film directed by Pirates of the Caribbean's Robert Stromberg. Maleficient is slated for release in March 2014.

Is nepotism alive and well in Hollywood, or could it be that young Jolie-Pitt was blessed with the best of all acting and good looks genes? Is it obscene for a child to make this much dosh?