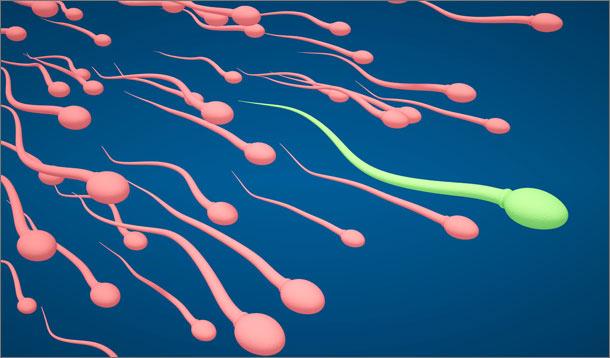 Got a gym bunny or a couch potato at home? According to a U.S. study reported in the CBC, sperm count depends upon which group your man belongs to. Those who exercise for 15 or more hours a week have a significantly, as in 73 per cent, higher sperm count than those who work up a sweat for fewer than five hours a week.

Perk up your ears, guys. It may save you a trip to the fertility clinic. Chavarro and his team's results, published online in the British Journal of Sports Medicine, measured sperm samples of 189 men between 18-22 years old against physical activity levels, diet and TV viewing.

While none of the young guys had worryingly low sperm counts, the study illustrates that regularly engaging in moderate to strenuous exercise increases "serum testosterone" which is involved in sperm production.

Even though the sample was small, its findings deserve more attention. However, as with all things, scientists caution against too much exercise, which can actually hinder sperm production.

"My advice would be everything in moderation—and that includes time in the gym as well as watching TV (or perhaps both at the same time!)," said Dr. Allan Pacey, senior lecturer in andrology at the University of Sheffield.

Here are a few other surprising sperm killers.