Wearing Nothing But a Cheeky Grin 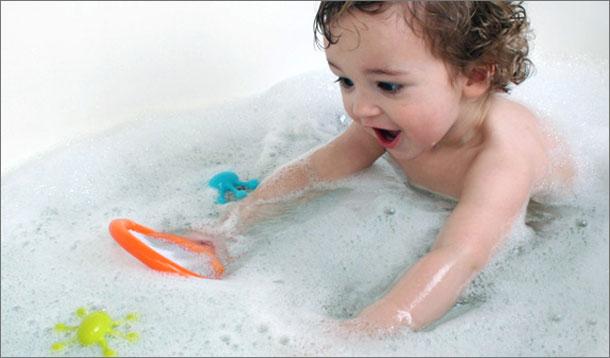 Who can resist the chubby cheeks of a toddler? Not those cheeks, but the bare ones flashed in the bathtub as part of the evening routine. Well, to all you parents innocently photographing your nakkid kiddos—it's got to stop.

After a popular blogger posted a pic on Instagram of her birthday-suited three-year-old eating ice cream in the tub, mass chaos ensued. Cute as it no doubt was, according to an article in Today Moms, some things are simply not suitable "for the viewing pleasure of her 25,000-plus followers."

Guilty as charged. When my son was around two, I posted pictures of him in nothing but his Crocs in our backyard kiddy pool. Then again, I only posted them to my private Facebook page. But really, after thinking about it, among my circle of 'friends' were ex-colleagues, distant cousins and in-laws, acquaintances from high school and university I was no longer in touch with.

Truthfully, we don't know where these personal pictures may end up. As this mom found out, once on the ether of the world wide web, anything uploaded becomes fair game. I'm not paranoid enough to believe that pedophiles are just waiting to get their pervy paws on my prints, yet I'm also not naive enough to know that my FB images are mine alone.

In the end, after being pressured, the blogger took down her ice cream bathtub pic. And I stopped posting pictures on Facebook. Best to keep for those embarrassing photos in albums to show your child in 15 years' time—preferably when their first girlfriend or boyfriend comes home...