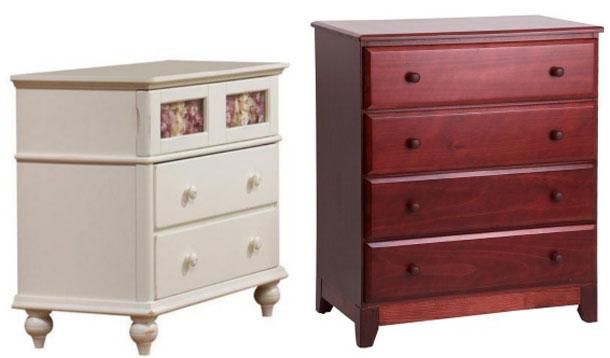 The Natart dressers were recalled for a retrofit after a two-year-old boy got trapped inside a drawer and then suffocated. Two deaths were reported after the Million Dollar Baby dressers trapped toddlers in the U.S.

From January 2005 to December 2010, the Natart dressers were sold at Furniture Kidz and other independent juvenile specialty stores and at Baby.com. From January 2006 through June 2010, the Million Dollar Baby dressers were sold at JCPenney and independent juvenile specialty stores nationwide and online at Amazon.com, BabiesRUs.com, BabyUniverse.com and other online retailers.

Customers are advised to immediately remove the dressers from a child's reach.

Free retrofit kits with wall anchor straps are available for the Natart at www.chelseawallanchors.com, www.NatartJuvenile.com, by emailing the company at [email protected] or calling toll-free at (855) 364-2619 between 9 a.m. and 5 p.m. ET, Monday through Friday.

Customers can obtain a free retrofit kit for the Million Dollar Baby dresser at www.themdbfamily.com/safety2 and click on Safety HQ or call toll-free at (888) 673-6652 between 8:30 a.m. and 5 p.m. PT Monday through Friday.

The CPSC stresses the importance of anchoring furniture and TVs, stating that every two weeks a child dies from a falling piece of furniture or television.