Men Who Do More At Home Do Less in Bed

Put Down The Vacuum, Guys 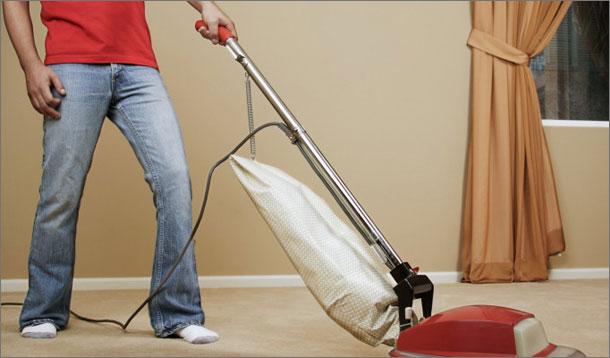 Ladies, you may not want to share this next post with your husbands. According to an article in the Belfast Telegraph, guys who do their fair share around the house tend to 'perform' less in the bedroom. Sad but apparently true. An article published in the American Sociological Review states that so-called house husbands are likely "missing out in bed."

So much for breaking down the gender roles. It seems those traditional roles also spill into sexual desire and performance.

Couples surveyed in the US National Survey of Families and Households found that women who performed most of the domestic duties had the most sex.

"Wives reported satisfaction with their sex life has the same relationship to men's participation in household labour as sexual frequency," said Dr Kornrich. "Had satisfaction with sex been low, but frequency high, it might have suggested coercion. However, we didn't find that."

(And just for the record, hubs, don't think this study is going to get you out of doing the dishes any time soon...)

Do you find a man who cleans somehow less sexy than one who shirks the housework?