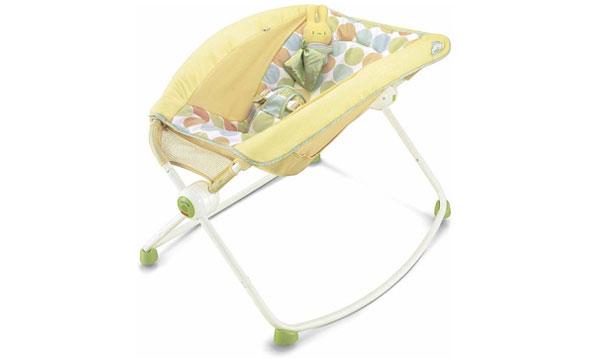 Fisher-Price Inc. and the U.S. Consumer Product Safety Commission have issued a voluntary recall in connection with the above sleeper, after cushions were found to contain mold.

Fisher-Price received 600 reports of incidents of mold forming between the removable seat cushion and the hard plastic frame of the sleeper due to trapped moisture after purchase. Mold exposure can pose a safety risk to sleeping infants, and has been associated with respiratory illnesses and other infections. Of the cases reported, 16 customers had infants treated for resulting respiratory issues, including coughs and hives, from the sleeper.

If dark spots are found under the seat cushion, customers should immediately stop using the product.

Around 800,000 sleepers were sold from major retailers in the U.S. since September 2009, and is also available in Canada. The recall does not affect items currently in store.