And Do We Really Need to Know About her FUPA? 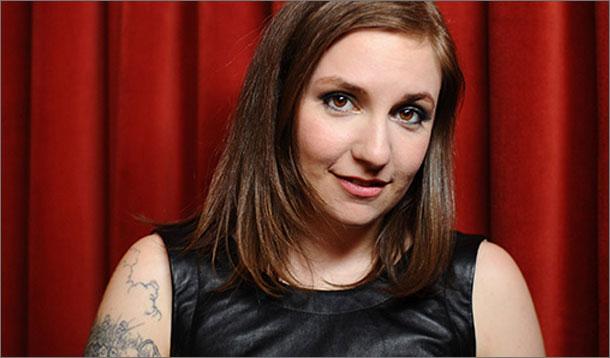 What kind of book proposal does it take to bag a $3.7 million deal with Random House? Ask Lena "Girls" Dunham. Her 66-page precis is chock-full of naval gazing, I mean, "frank and funny advice on everything from sex to eating to traveling to work."

But at roughly $56,000 or so per page, is it really that worthy? Moreover, what does a 26 year old girl really know about Life? Ok, so maybe I'm just bitter.

Sure, Dunham is funny. But is that enough to carry an entire book? Clearly her publishers think so, or else they are banking on the usual equation: household name + amusing book = sales in the kajillions. Admittedly, my math isn't too clever, yet I'm guessing they'll have to shift a lot of hardbacks to earn back a penny.

Seems I'm not the only skeptic. An article in Gawker described Dunham's book as basically "an invitation to get lost in the mind of a girl who is lost in her own mind."

Some of that fortuitous proposal has now been leaked, with promises to describe Dunham's "beginnings of a FUPA (fat upper pussy area)." Personally I'd rather pluck my own lady bits than read about hers and her multitude of mediocre lays. I'd also rather find the latest J.K. Rowling tome under my tree (are you listening, Santa?). But maybe that's just me. Or maybe not.

To my mind her writing has a distinctly collegey feel, which isn't really surprising since that's where she found herself just a few short years ago.

As a reviewer in the Observer points out, Not That Kind of Girl may well find a strong fan base. After all, "these are the folks who devote Tumblr blogs to their own facial hair, can’t make mac and cheese without Instagramming it, and post every dress on Pinterest as though it came straight from the Vogue fashion closet."

Perhaps what Dunham should be bottling up and selling to her generation is drive and entrepreneurial spirit. How to sell a whole lot of nothing much for a shitload of something else. At the least it would curb some of the country's collective student debt.

Do you find Lena Dunham funny? Will you buy her book?