Guess Who's the New Face of GUESS? 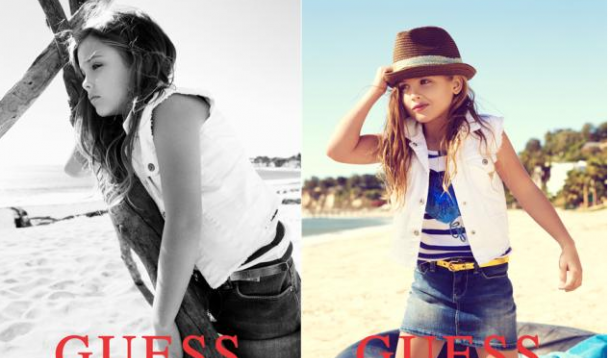 In a case of history grotesquely repeating itself, guess who the newest, youngest model is for GUESS? That's right Anna Nicole Smith's six-year-old daughter, Dannielynn Birkhead.

Two decades ago, Anna Nicole made a name for herself by modelling for GUESS. We all know what happened after that. Fame. Controversial marriage. Tragic death.

An article on Mommyish questions why Dannielynn's father would allow his daughter to follow in his mother's sorry footsteps.

No doubt about it, she's a cutie. Still, makes you wonder why she's being rushed down the same (thorny) garden path.

Sadly, the GUESS people don't seem to see the harm in thrusting a little girl under the same spotlight that basically burned her mother.

“Dannielynn has the same playful spirit that her mother had on a set," said Creative Director Paul Marciano. "She is a second-generation GUESS girl, which makes this campaign a first for us.”

Do you think the pros of being famous today outweigh the numerous cons?