Playing Dead for a Cause 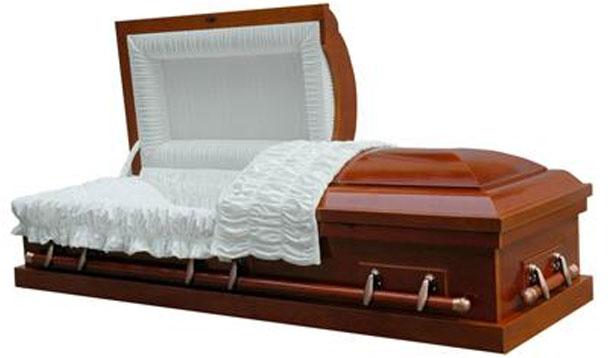 Is it art or is it morbidity? And is there a photo Kim Kardashian won't pose for? It may be a mark of our camera-hungry age, but these celebrities all have one thing in common: they climbed into a casket to have their picture taken as part of the Digital Dead series by photographers, Markus + Indrani.

According to an article in the Huffington Post, the duo Markus Klinko and Indrani Pal-Chaudhuri captured the unconventional arty shots of celebrities 'at rest.'

Strange though it may be, the celebs played dead for a good cause—to raise awareness for "Keep A Child Alive," an HIV/AIDS charity championed by singer Alicia Keys to provide care and support to affected families in Africa and India.

Featured in "Icons: The Celebrity Exposures of Markus and Indrani," the avant guard coffee table book can be yours this holiday season.

The shoot features not only Kardashian and Keys, but the likes of Elijah Wood, Serena Williams, David LaChapelle and Ryan Seacrest.

"In a world where authenticity is an autograph and reality a genre of TV, our images provide society a mirror to reflect upon its ideals and devotions," said Indrani on her website.

A refreshing change from the usual pap shots... Macabre or glamorous? You tell me.