Toddler Mauled to Death at Zoo

How Safe Are Animal Exhibits? 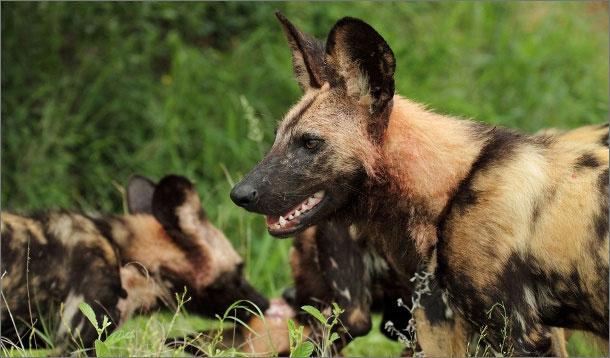 Show of hands who's ever held up their child at a zoo to get a better view of the animals? Well, after reading about the Pittsburgh toddler who was mauled to death by wild African dogs, I vow to never do it again.

According to an article in the Star, the 34-year-old unidentified mother placed her two-year-old son on top of a railing "at the edge of a viewing deck" when he reportedly lost his footing and fell into the pit of endangered painted dogs.

Though it's unclear whether the boy died from the fall—said to be between 11-14 feet— or the attack by almost a dozen dogs, the  Pittsburgh Zoo & PPG Aquarium has since been closed.

While most of the dogs were called off by zookeepers, police shot the last dog, which had become aggressive. The incident was the first at the zoo in at least forty years, yet it is not the first time fatal attacks have occurred at zoos in the States. Other incidents call into question the safety of exhibits, after a tiger jumped a wall at the San Francisco zoo, killing one person, in 2007. This past September a man was badly injured after jumping off a viewing platform into a tiger pit at New York's Bronx Zoo.

The 1.5-acre exhibit called the Painted Dog Bush Camp also housed elephants, lions and other animals. Though the deck was glassed on the sides, the front section featured just a four-foot railing.

Do you think Canadian zoos take enough safety precautions when it comes to enclosures?