A Racist Video, No Doubt 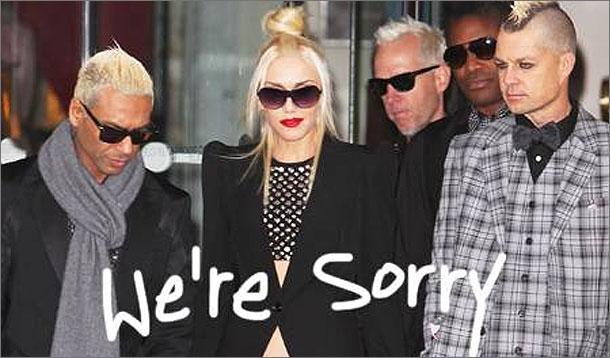 Are all things Native American trending right now? Did I miss the memo or something? Just days ago this Indian-themed Halloween costume was pulled from shelves for being racist. Now it's No Doubt's turn. Following the release of its latest single, "Looking Hot," Gwen Stefani & Co got their knuckles rapped for a video in which the band plays up the most ancient of cowboy and indian stereotypes.

According to an article in Jezebel, it wasn't long before YouTube commenters dubbed the video—in which Gwen dons a feather headdress and gets saucily tied up by cowboys—"Looking Racist."

But for many fans, the bad taste lingers, despite this public apology from the so-called "multi-racial band":

"Our intention with our new video was never to offend, hurt or trivialize Native American people, their culture or their history. Although we consulted with Native American friends and Native American studies experts at the University of California, we realize now that we have offended people. This is of great concern to us and we are removing the video immediately. The music that inspired us when we started the band, and the community of friends, family, and fans that surrounds us was built upon respect, unity and inclusiveness. We sincerely apologize to the Native American community and anyone else offended by this video. Being hurtful to anyone is simply not who we are."

Many bands frequently use satire in videos. I'm thinking Foofs and Chilis, in particular. When does satire stray into harmful stereotyping? And speaking of Chilis, would the reaction have been any different had the video come from someone with Native American heritage, like frontman Anthony Kiedis?