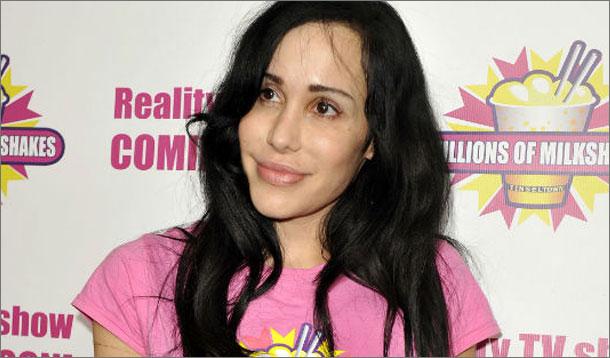 Love her or hate her, Nadya Suleman has rarely strayed far from the public eye since she became famous for birthing eight babies.

According to an article in Mommyish, two former nannies have accused the mom of 14 of sexual abuse and child neglect.

Obviously no one yet knows what goes on behind the many doors of Octomom's home, yet the fact that these nannies voiced their concerns anonymously (having previously signed confidentiality agreements) makes you wonder if there is any truth to their claims—namely that Suleman "tied [her kids] to their beds" and "propped a chair against a door, so none of the kids could bother her when she was napping."

But possibly the most troubling allegation is that older siblings abused younger ones, both physically and sexually, when left in charge of the brood. To which Suleman apparently turned a blind eye.

The nannies wrote an anon letter to neighbours, asking that Child Protective Services be contacted. Clearly their motive must be the safety of the kids, as they are not spilling what they've seen to the tabloids.

Turns out the California Police Department aren't going to press charges (for now). In celebration mode, Suleman went out and did this. Shocked/disgusted or not so much?