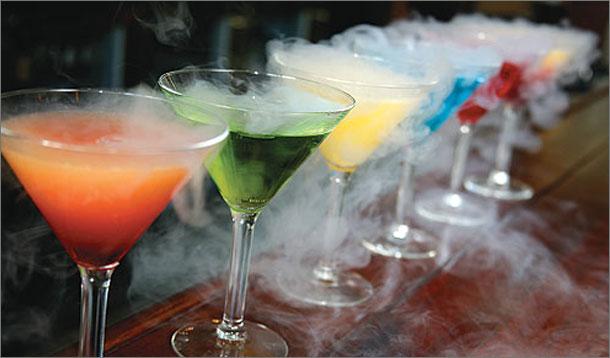 What started out as a fun night on the town almost turned fatal for a UK teen.

According to an article in Yahoo News,18-year-old Gabby Scanlan drank a cocktail containing liquid nitrogen, and then needed emergency surgery to remove her stomach.

She was rushed to a hospital in Lancaster, England. Upon finding her stomach was perforated, surgeons had no option but to remove her stomach. She remains in serious but stable condition.

Obviously the drink has been removed from the menu at Oscars Wine Bar and Bistro while police launch an investigation.

Liquid nitrogen cocktails—which give off wisps of ‘smoke’ as the nitrogen evaporates, freezing the drink into a slushy—became trendy in the US around six years ago before finding their way to the UK.

If Scanlan hadn’t acted quickly, she would certainly have died, say her doctors.

I remember a desert I once ordered for my young son. At the time it made for an exciting spectacle, but in hindsight I feel sickened by what could have been, had some of the liquid nitrogen around the dish made it into his ice cream…

Some fun is not worth having, folks.