One in Three Children in Cars Not Properly Restrained 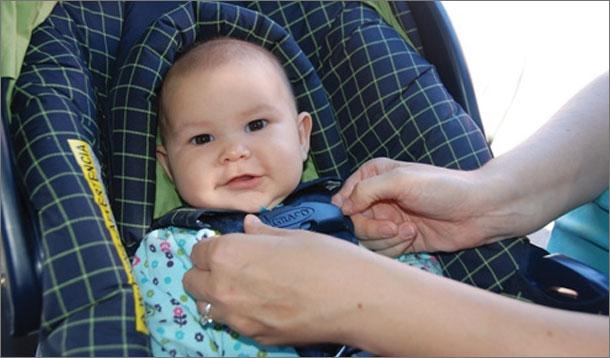 The latest statistics are shocking in Norway, where car accidents are cited as “the main cause of serious injury and death among children.”

According to an article in Science Daily, the Norwegian Institute of Public Health study found that 37 per cent of all children under the age of 16 were “incorrectly restrained in the car”—23 per cent of whom would have faced “serious consequences” if involved in a collision.

"With the correct use of safety equipment, fewer children will be injured and killed in traffic," said Dr Marianne Skjerven-Martinsen from the research project "Barn i Bil" (Children in the Car) at the Institute's Division of Forensic Medicine and Drug Abuse Research.

During six separate roadside studies, Skjerven-Martinsen’s team stopped cars and examined how children were secured. In addition to findings above, the most common safety breaches were among 4-7 year olds, including “misplaced seat belts, twisted belts, loose straps, belt under the arm instead of over the shoulder and young children, sitting in a seat without side support.” Booster seats were also used incorrectly.

In an earlier study of traffic accidents in Norway between 2007 and 2009, researchers found that more than half of children injured or killed were not adequately restrained. The most common errors were loose or “out of position” belts. Other hazards included loose objects in the car that could strike children in an accident.

Full results of the "Children in the Car" project will be published in spring 2013.

Do you think we are any safer when it comes to car restraints here in Canada?