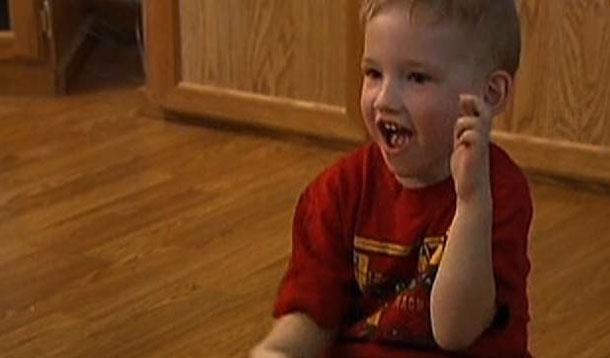 In more administrative absurdity, a preschool in Nebraska wants a deaf three-year-old boy to change how he signs his name because it violates the school board's weapons policy.

According to an article in the Toronto Sun, the proper signage for the name Hunter involves making what appears to be shooting gestures with both hands and crossing fingers.

However, the Grand Island Public Schools board claims says its policy bans "any instrument ... that looks like a weapon." The school wants Little Hunter Spanjer to find a new way of signing his given name.

"It's a symbol," said Hunter's father, Brian Spanjer, in the article. "It's an actual sign, a registered sign."

The school board claims it's striving to reach a compromise, but Hunter's parents aren't interested. They've enlisted the help of National Association of the Deaf lawyers to fight for their son's right to sign his own name.

Policying gone mad? Is this the most ridiculous bit of school bureaucracy you've heard in a while, or at least since this incident?