Mother and Son in Crime 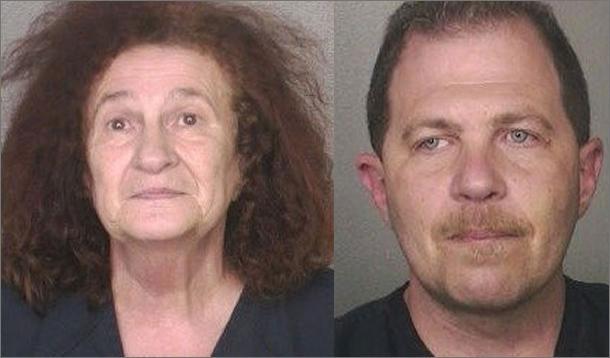 You have to give them points for creativity. A mother and son duo were arrested in Florida after allegedly making off with more than $2 million in goodies from the chain Toys R Us.

Michael Pollara and his mother Margaret had a pretty solid system in place; emptying the contents of inexpensive boxes and filling them with more expensive items, like Leapster Pads retailing at $99 each, electronic toothbrushes or Lego sets worth up to $150. According to CBS Miami, the pair visited a total of 139 stores in 27 states (clocking some 8,000 miles) before they were caught.

While 70-year-old Margaret served as a lookout, her 46-year-old son Michael did the swift switcheroo before checking out. Although they paid around $7,000 for their purchases, they made an estimated $2 million when reselling the big-ticket items on eBay. That's a hell of a lot of Lego.

An employee in South Florida noticed some Lego boxes go missing during a shift. The surveillance video showed Michael moving boxes from the shelf. Authorities then tailed the pair from store to store via the Toys “R” Us rewards card.

The mother and son who steal together, stay together. In jail, one hopes.