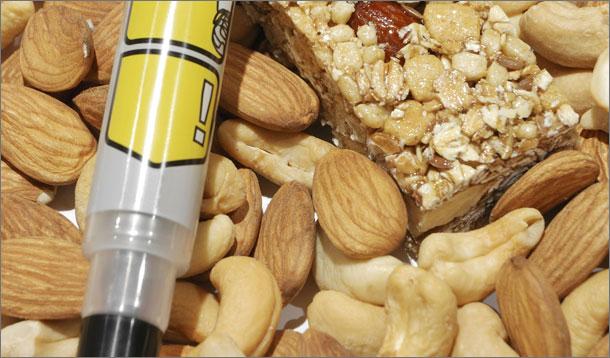 It is no longer enough to state something like "hydrolyzed casein," a blanket statement that could easily confuse those allergic to dairy products. Packaged food manufacturers now have the option to list the ingredient or to add a line "contains [food allergen]."

Under the new regulations, even ingredients in smaller quantities must be listed. Previously, “spices” could appear on a label without requiring further description. Not very reassuring for those with the potential for anaphylaxis—a life-threatening reaction to certain foods which causes the sufferer’s blood pressure to drop and airways to narrow.

After her daughter died from a food reaction at age 15, Marilyn Allen relentlessly pushed for change. As the founder of the advocacy group Anaphylaxis Canada, she was a driving force in the new legislation.

Although Allen is celebrating the changes, she notes there are still gaps and exemptions, such as deli, bakery, beer and bulk foods. She also warns against cross-contamination in factories that may not detect trace amounts of potential allergens.

While using plain language in labeling is a definite victory, allergic customers should continue to monitor the new labels and report potential problems to the Canadian Food Inspection Agency.

Personally I always found it idiotic to state on a package of peanuts “may contain nuts.” Still, better safe than sorry. In cases of dairy and gluten, past labeling has proved less than straightforward.