Olympic Medalist Too Fat to Compete? 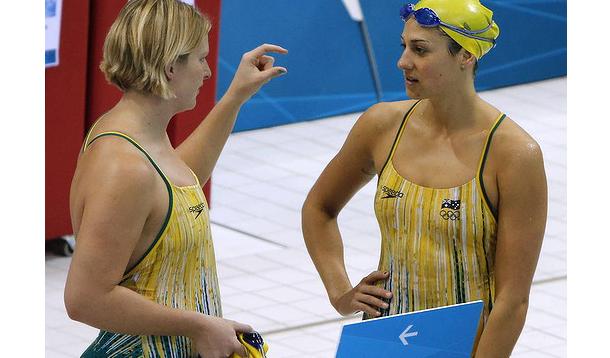 Weight gain may be the least of this archery contender’s worries; after all, she’s eight months pregnant.

But for this eight-time Olympic swimming champion, looking good in a bathing suit suddenly seems relevant.

So says the Australia’s Herald Sun, which scrutinized 26-year-old Leisel Jones’s form, comparing her physique in a recent training session with a photo taken four years ago.

"The Olympic veteran's figure is in stark contrast to that of 2008," reads the caption under a published photo of the elite athlete. The paper went on to ask readers whether Jones looked “fit enough” to compete at the London Games.

Ouch. You would think Olympians by nature would be exempt from the great weight debate. Not so. Luckily the poll itself sparked enough fury from readers for the paper to remove it just hours after posting.

“[Jones is] a triple Olympic gold medalist and a winner of eight Olympic medals for this country,” said Australia’s Olympic chef de mission, Nick Green. “I think she deserves a lot more respect than she was given.”

So what if Jones packed on a few pounds. Swimmers need to be strong and svelte, not skinny. If fact, it’s kind of a prerequisite if you want to win titles and break records. When will the press leave women alone? Let’s hope the negative attention won’t hinder her performance in London.