Let's Be Honest With Our Kids About Where Babies Come From

babies don't come only from a loving husband

Let's Be Honest With Our Kids About Where Babies Come From 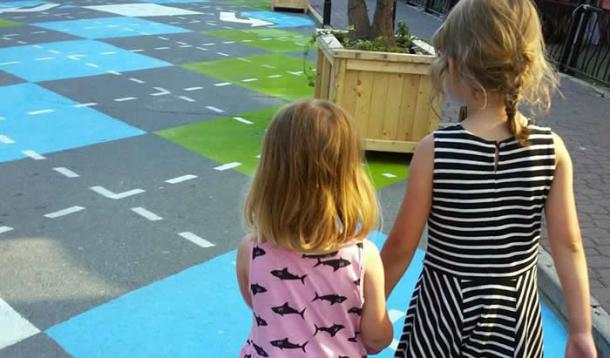 My two daughters play nearly non-stop with babies in our house. They may play with babies 27 hours a day. Truly. They take them to restaurants, they put them to sleep, they take them to hockey games, and to watch Harry Potter movies in the theater. And, they both give birth to and nurse the babies.

So, when we're out in public, it's no surprise to hear them talk to other kids about babies. And while we do our best to teach our kids about the process of the creation and growth of a baby, sometimes my daughters, in particular the just-recently-turned-four-year-old, have imaginations too strong for us to combat.

So when we were out recently and she told me loud enough for another child to hear that if she ate enough cupcakes she will get a baby in her belly, it didn't surprise me that the older kid stepped in to explain to her the inaccuracies of her statement. Older kids, if you have one, or have ever been around one, tend to do these things. As an oldest sibling myself, I can attest to never being wrong and always having a correction to make to the statements made by the younger kids around me.

"No you won't. You need a husband and a wife to come together to make a baby."

50 per cent kid. It is true that eating that cupcake would not have made my child pregnant. From there you deviate to storytelling.

Now, I appreciate that talking to kids about health and sex education, especially at a young age, can be intimidating. We have tried our best to set ourselves up for future successes by using the correct terms for body parts. We say penis and vulva. We talk about development in the uterus. But we haven't had to talk about sperm or eggs or intercourse or surrogacy.

I also applaud parents for not coming up with a story about the stork or shrugging it off as "something we can talk about later but not now because you're too young." I think when kids have questions, they deserve to get answers, and not answers that are derived from fairy tales.

So, yes, I can understand it being hard and maybe this is going to sound extra hypocritical from someone who has just admitted to having a child who suspected babies might develop from eating too much food, but telling your kids that making babies only happens when a husband and a wife come together is just plain and simple factually incorrect. And the same goes for saying things like "when a man and a woman love each other they have kids..."

I can't imagine anything but potential shame coming out of the teaching that babies only come about when people are in love. Was love a part of the story for my two children? Yes. Is love maybe even often a part of the stories behind conception and birth? Quite possible.

Is love a natural component in the conception of a fetus? Well, no, not at all. There are no emotions necessary to biologically create a child.

I can't imagine what state of mind a young woman who gets pregnant when love is not involved might think. Or I can't imagine how one can expect that none of their children's friends might have two fathers or two mothers or one mother or one father or any number of other family makeups. How then, does that child exist if babies happen when a husband and a wife come together to make one?

When talking to kids about sexual health and education I think there's a lot to be taken from using biological definitions. Storytelling doesn't need to play a role when explaining the development of a fetus. We like our kids to hear about love and the family we grew up thinking was "perfect." But since "perfect" is subjective, and since no matter how hard we might want to make it so, we don't control our children's futures, let's sometimes try and eliminate emotion.

Let's trust that our kids are smart enough to understand that biology doesn't need a story to go along with it. You plant a seed in the ground and a tree can grow from it. That tree might need sun and water but that tree doesn't need two mommy and daddy trees growing next to it.

Category:
Life - Relationships
Tags:
kids
health
how babies are made
talking to kids about family
pregnancy and children