Preparing for the Biggest Stress of the Season: Elf on the Shelf

Do you even know all the things you need to think of before committing to Elf on the Shelf for another year? Here's a list 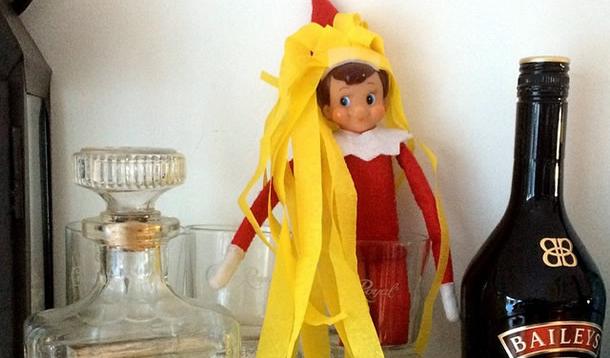 So it’s mid-November and you’ve finally eaten the last of the Halloween chocolates you stole from your kids on Halloween night. It’s been a few days since you celebrated some kind of holiday and you’ve noticed Christmas decorations proliferated the shelves of every store you’ve been in since Halloween.

So, as you think of all the gift cards you’ll have to buy for people but don’t want to do it yet because that takes too much commitment, you think of ways you can dip one toe into the holiday waters. How can you begin to celebrate without completely letting mistletoe overwhelm your life for the next five weeks?

And then you remember...Elf on the Shelf!

You’ll just bring that little guy or girl back for the year. It’ll be easy, you think. The kids will be happy, you’ll convince yourself. Nothing can go wrong!

But, of course it can. Because this is Elf on the Shelf we’re talking about. So here are a few questions you need to force yourself to answer if you start to seriously consider bringing out Yellow Snowpile this early in the game.

Do you know enough swear words? 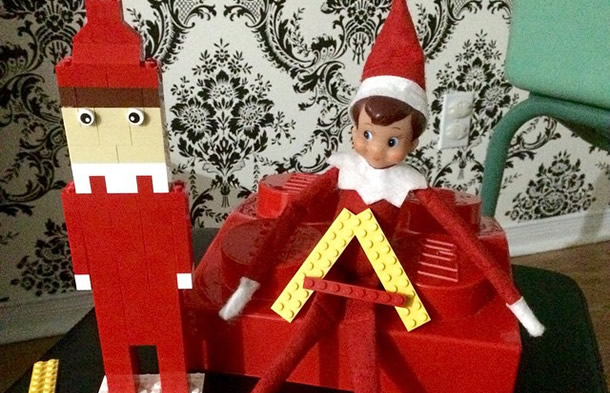 Sure you have three great idea for your elf’s return, but come day four you’ll wake up thinking “Shit. The elf.”

By day 13 you’ll be on to the swear words you didn’t remember you knew. But you’ll still only be at the start of December. What swear word will you use when Christmas is a week away? A day away?

Convincing yourself that this is the year you won’t possibly run out of ideas is easy. Knowing enough swear words to account for the fact that you are wrong, is not. 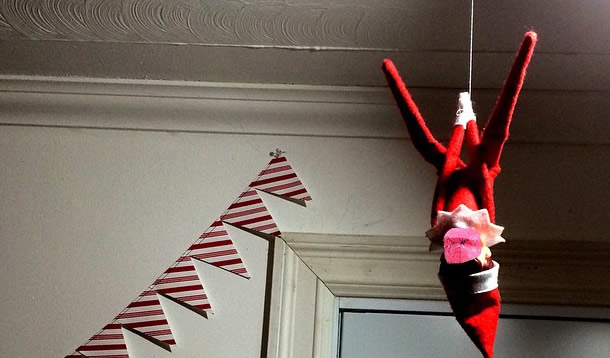 They will not like your November 17 Elf on the Shelf post even if your elf is riding a unicorn with a kitten riding in the unicorn’s sidecar.

Even if they are people who also put out The Elf, they will not tolerate you doing so easily.

These are all valid.

Do you even know what would happen if Pinterest stopped working right now? 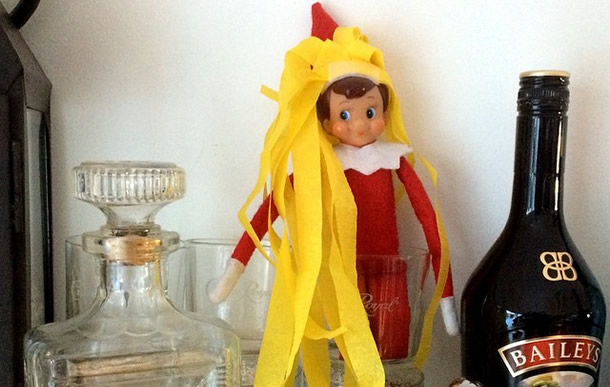 Would you have even one idea for what to do with your elf?

Look, I know you have Big Ideas this year. I know last year you saw a whole bunch of elf poses that you stored away along with the thought “it would take too much time to do this year, but next year I’ll have way more time and I’m definitely going to do this.”

Next year is here. You still don’t have time. You will not do that thing. You MIGHT remember about the elf just in time to throw him across the floor towards the cat and be able to play it off as them having played a game of Ride the Tauntaun, but you aren’t doing that thing.

You need some simple ideas that aren’t found searching for “goddamn elf on the shelf ideas for someone who has 30 seconds to set it up” on Pinterest.

Do you even know if you should follow the rules set out in the box you get your Elf on the Shelf in?

Hell no. Last year it led to meltdowns every morning. This year it will do the same.

Seriously, your kids are going to fight about everything as it is, the last thing you need to do is tell them that if they touch a piece of felt they will kill that piece of felt.

Look, you can be creative, make up your own rules if you think rules need to be applied in order for Yellow Snowpile to live. A few you might consider:

Do your kids smile when they find Yellow Snowpile every morning?

If yes, then who cares what anyone else thinks. Do it.

Remember above all else — above the rules, above the opinions of your friends, above finding different places for Yellow Snowpile everyday, comes you all smiling.

RELATED: The Elf on the Shelf Alternative You Need