Can a younger generation simply want a better life without them being entitled? 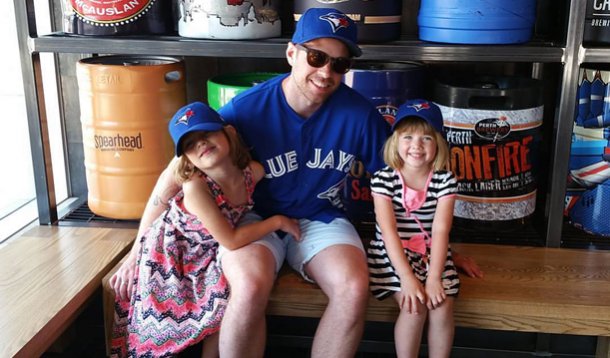 When we talk to our kids, we tend to raise them using a set of rules dictated to us through previous generations. These rules get passed down from parent to child in great generalizations that become the parenting lesson equivalent of a motivational poster:

“Eat with your mouth closed.”

“Always say please and thank you.”

“Say sorry if you have hurt someone.”

And, I do want my kids to respect their elders.

At the age of 37 I can now look at those 10, 20, even 30 years younger than me and acknowledge that we all live our lives according to different sets of “how to be a good human.” I also recognize that I have to fight harder than ever to remind myself that the way I do things is not by default the best way to do things.

Older generations have this terribly frustrating tendency to always find fault in the generations that come after them. They act as though this is their right given that they’ve been alive longer. They talk on end, using whatever medium is available to them, about the selfishness, the laziness and the entitlement of the generation that comes after them.

“Millennials take too many pictures of themselves!”

“They expect to get a good job without working for 15 years first!”

Now, it is one thing to be bothered by this kind of activity — to see it out in the real world and grumble to yourself about how things used to be when I was that age. I too am bothered by a great many things in this world. I am, as people my age are apt to say, a “get off my lawn!” kind of guy.

But, if my daughters aren’t being given respect, if someone approaches them and tells them they are wrong because that is not how things used to be, I won’t be asking them to give respect in return. We will not teach them that respect is a one way thing.

Our girls are on a collision course with an ever-widening wage gap that still doesn’t favour them. While things might be changing, they are faced with unrealistic body image expectations. They see men yell at the top of their lungs when a female lead appears in back to back Star Wars movies or in a remake of the Ghostbusters movie they grew up with.

It’s a fine line of course, as is almost everything that comes with raising our kids to be good people. We will teach our daughters to value all others, to respect their differences, to help others when needed and to understand that others have had travelled a different path to get where they are.

But I won’t tell them to devalue themselves, to lessen their own confidence because someone else lacks it themselves.

The older we get, the more likely we are to fall victim to the “that’s just the way it is,” line of thinking. It’s a trap that keeps us thinking about how much more difficult things were for us when we were young and makes us angry when someone younger demands that they have it better.

This can be seen in phrases like this that many of us have written in response to articles about people in their 20s who are fresh out of school and looking for the same salary you have:

“You think you deserve a $60,000 a year job and you’ve never even worked retail? What an entitled brat.”

“You can’t just move to an expensive city and expect to be able to eat food, live in a nice apartment and also have Netflix when you’re just starting out!”

At what point do we allow those younger than us to try and create a better situation for themselves? Even if we didn’t.

My daughters will take more selfies than I will. They will command a higher salary when they enter the workforce than I did. They will do a bunch of things that weren’t done when I was their age.

RELATED: 6 Things That Will Happen Before Gender Equality

Category:
Family - Kids
Tags:
millennials
our kids are worth it
get off my lawn syndrome