Don't let ideas of masculinity hamper being the best one 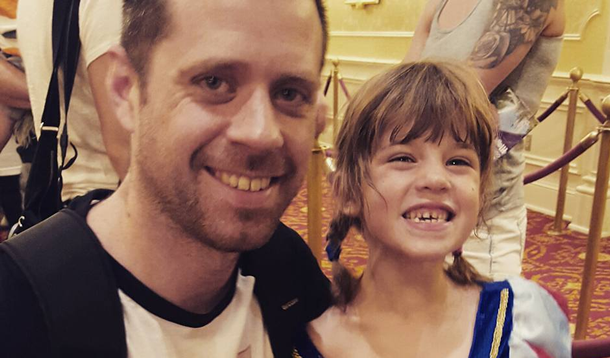 Two things have happened recently that have furthered my opinions on what being a father means to me:

Both of these made me realize, not for the first time, that dads can care deeply about their role in the family. Many men took pride I know took pride in making sure those around them understood they don’t babysit their own kids. Many partners also shared the message with those around them.

The two also feel greatly connected to me. For those who have not yet watched The Mask You Live In (you should, it’s on Netflix, go do it and then come back), it deep dives into the world our boys grow up in and the challenges they face in expressing themselves as they want while also competing every day against the expectations of what they should be doing to be masculine. It talks to boys, young men, young women, psychologists, activists, dads and many others about how they felt boxed in by the expectations around them to “be a man.”

The second, the dads don’t babysit shirts, are the result of what happens when boys who have been faced with this kind of challenge their entire life, encounter fatherhood. The sentiment of dad as babysitter is a byproduct of the expectations that a man with children ought to do nothing more than provide for them financially.

This is a phrase used by men and women alike. I don’t think men who say it are trying to understate their contribution to the family, I think they are once again being pushed up against what it means to be masculine. When you have a father who is running for the presidency of one of the most powerful countries in the world talking about dads doing a wife’s work when he changes diapers, it’s hard to not be pushed up against the ideas of masculinity.

We all probably have different ideas on what it means to be masculine. Many of us also probably think we aren’t influenced by what popular culture tells us a man should be. We’re wrong if we think that but that doesn’t mean we shouldn’t keep trying to shift those ideas.

To show dads, and other men, that:

Once we start realizing we can do all of these things and still be a man, it becomes much easier to take on the role of dad.  And the great thing about being a dad is that you get to make your rules for how to do it. We have every opportunity to set those rules according to what benefits our kids the most.

RELATED: Dad's Get a Bad Rap and We're Partly to Blame