Anne of Green Gables Coming Back as New TV Series! 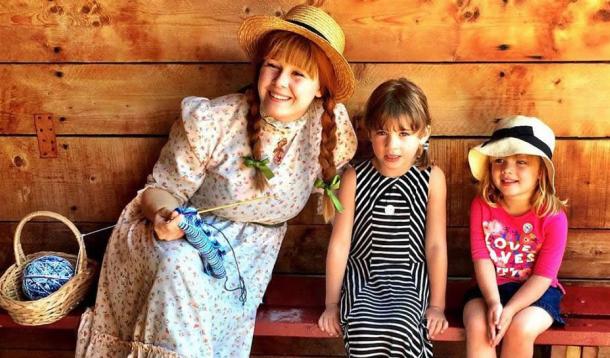 Canadians often identify with things we’ve come to be stereotypically known for. Maybe we think we’re defined by the word “sorry” or “poutine” or even the phrase “why is it so cold right now?”

Or maybe we like to think of ourselves as the country whose Prime Minister has been featured on a sweatshirt riding a stallion. And a moose.

These are great things. And so are backyard hockey rinks, putting the letter “u” in a lot of words that others don’t and eating Beavertails.

But Anne of Green Gables is my Canadian identity.

So the recent news that Anne has been slated for a return to our television sets in 2017 has filled me with a joy I didn’t know a television series could bring me.

Growing up, as is the case with many Canadian families, the Anne books held a very prominent place on the bookshelf. I read the books as many times as I watched the movies, enjoying reading about Anne’s biggest struggle - her complete lack of chill as we’d call it these days. I loved reading about her brash takes on everything and her acceptance that she was who she was.

I could picture in my head Anne walking along a rooftop to show The Boy what she was made of. Brought to life, the image was just as wonderful.

Then Road to Avonlea became one of the few shows my whole family would sit down and watch together. I thought Sarah Polley, or Sara Stanley, was the absolute best. Another young girls taking none of the shit that came with being a young girl when they were. As a young boy, these outcasts were mesmerizing and awe-inspiring.

Moira Walley-Beckett, who has been tasked with bringing Anne back to a greatly changed world than she last appeared in, explains Anne’s story better than I could.

"Anne's issues are contemporary issues: feminism, prejudice, bullying and a desire to belong. The stakes are high and her emotional journey is tumultuous. I'm thrilled to delve deeply into this resonant story, push the boundaries and give it new life."

Because you don’t need to be a superhero to be a role model to boys and girls, men and women, moms and dads. We’ve been to Green Gables Heritage Place with our daughters twice now and can’t wait to sit around our television set with them the same way I did when I was a kid. 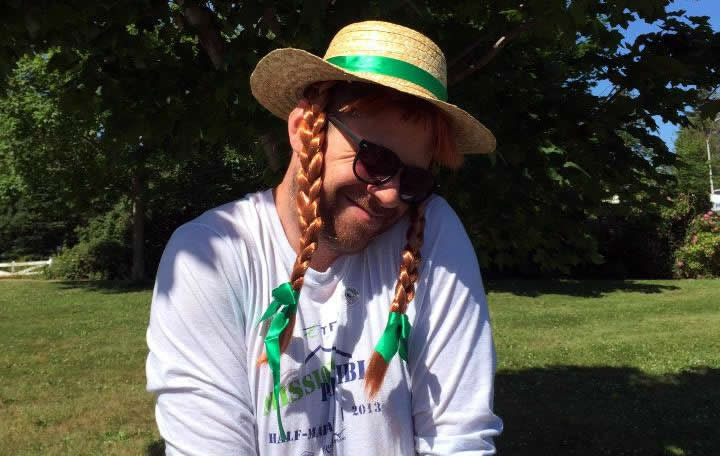 There is, understandably, concern for WHO WILL PLAY ANNE?! I suppose this is inevitable given just how wonderful Megan Follows was in that role. But having two young girls who run around our house and metaphorically walk all over the roof every day, I know there’s someone else out there who can once again show us just how amazing Anne is.

As a mistake-prone dad to two who doesn’t always understand when enough is enough, I have my own favourite Anne quotes as I’m sure you have yours. May there be plenty more where these came from:

“Because when you are imagining, you might as well imagine something worthwhile.”

“Tomorrow is a new day with no mistakes in it… Yet.”

“Don’t be very frightened, Marilla. I was walking the ridge-pole and I fell off. I suspect I have sprained my ankle. But, Marilla, I might have broken my neck. Let us look on the bright side of things.”

“Oh, don’t you see? There must be a limit to the mistakes one person can make, and when I get to the end of them, then I’ll be through with them. That’s a very comforting thought.”

Have your family-sized bowl of poutine ready for 2017. We will.

RELATED: 6 Activities To Make Your Kids Smarter When You Visit PEI

Mike Reynolds: Dad Outside the Lines An Ode to All the Amazing Pinterest Parents