Don't be MIA from your family's photo album 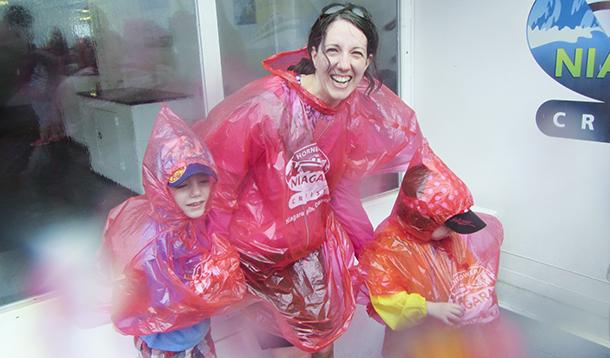 You flip the pages of those old photo albums, the ones with the peel-back film that holds the pictures in place. The photos are square, faded, low-contrast, and under-saturated, much like the crazy Instagram filters that we overuse today. Her hair is longer or bigger or a different colour than it is now and her fashion choices are decades away from what she wears today. Maybe the pictures pre-date your arrival in this world. Maybe you are on the beach, making sandcastles together. Maybe she’s standing next to you while you are blowing out your candles. While her hair and clothing choices might be hilarious from a style perspective, at no point do you notice if she has a muffin top or if there's cellulite on her thighs. You don't question whether she should have worn that bikini. You don't check to see if her makeup was perfect or compare her to models on the cover of magazines.

That picture isn't about how perfect anyone looks — it's about how beautiful those moments are. It’s a memory — a treasure — frozen in time.

For me, pictures tell a story. According to Dove, 82% of Canadian women describe themselves as camera-shy† and less than 3% of women love the way they look in all photos.* I'm worried that this means that women are excluding themselves from their family's story, or even their own story.

Why is it happening? Maybe it’s because so many of our photos are available for public consumption and aren’t simply hidden away in albums for only our closest friends and family to see. (By the way - there's no rule that says that you need to post your photos. Anywhere.) Maybe it’s that we live in a photoshopped world, bombarded by images that aren't real, and, somewhere along the way, comparison stole all of our joy.

It’s time to change this. It doesn't matter what you look like. What matters is that you were there.

We are creating beautiful families and cultivating a life rich in experiences, even the most ordinary ones. If you stay out of the picture because you think you need to look perfect in a photograph, what message does that send to your children? Would you tell your child to brush his or her hair and wash the marker off their hands before you'll take a picture of them holding the piece of art they just created for you? Of course not. You want the real picture, to capture exactly how life was at that moment.

What if you saw a photograph of your best friend, rumpled hair and no makeup, snuggled up early one morning with her child? Would you tell her to trash it? Chances are you would just see the most amazing moment and encourage her to frame it.

It’s time to take the advice we’d give to our best friends.

Whether you put your photos online, in albums, in frames or photo books, include yourself in those pictures. Don't worry if your hair is brushed or if you’re still wearing the same mascara from yesterday. While your clothes or your style may be giggle-worthy 20, 30, or 40 years from now, no one will look at that photo be concerned with how you look. They will look at that picture and remember that moment, or ask to hear the story again.

Go on—be a part of the story.

Still feeling shy about being in front of the camera? This brave mom is proud to share her worst photo ever and this mom tells us how to change the camera-shy conversation our head.

†Responses included: Hidden from the camera, Hidden behind someone or something, Made an excuse to do something else, Said “no” and stopped them taking a photo, Felt shy, Hidden your face, Hidden your body, Felt self-conscious. *Based on 2013 (EB) survey of 505 Canadian women. 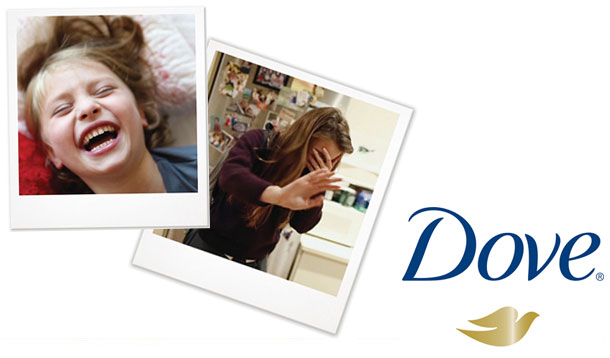 Watch this eye-opening video and try to pinpoint the time in your life when you became your own worse critic:

It’s time for all of us to celebrate our unique beauty.