When The Planets Align 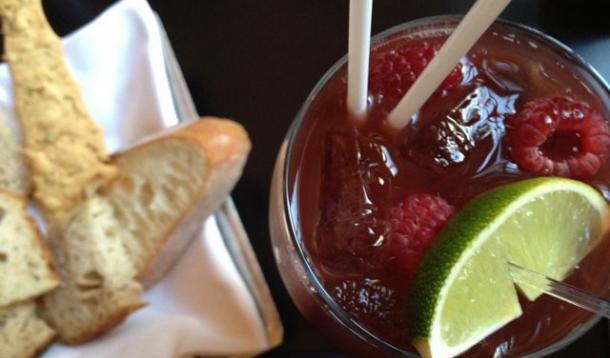 I recently went to the #YMCTea tweet up held by Gav Martell at the Fairmont Royal York, where I had the pleasure of meeting some awesome Yummy Mummies and learning about tea. I happen to be a tea toting granny-type, so this was right up my alley.

I have always wanted to attend high tea at the Royal York, mostly because I love scones and cream, but also because IT’S THE ROYAL YORK! I was shocked to learn that proper tea etiquette dictates that our pinkies should in fact be down, not up. Who knew? And my husband was shocked to discover that I am, in fact, hilarious.

You see, they had a funniest tweet competition, and I won! Now ask what I won… okay, I’ll tell you. I won a night’s stay at the Fairmont Royal York!! 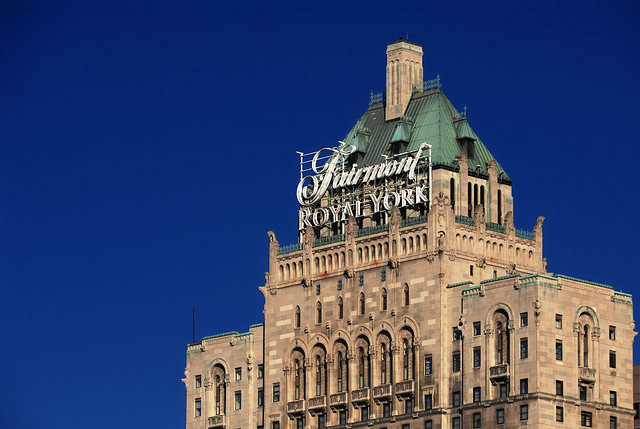 Then, last weekend, the planets aligned. Three of our four kids were away, so we only needed to find a sitter for the wee one, we had a free night at the Royal York, and a $50 gift card for the Rosewater Room, and we managed to get last minute reservations for both! It was a date night trifecta, and we took full advantage of it.

Since our reservations at the Royal York were on the Gold floor, we simply arrived and went to our personal concierge on the Gold Floor where we were checked in and given a tour of the floor.

We showered and got ready for our dinner reservations, but before leaving, we dropped into the Gold Lounge for the complimentary hors d’oeuvres.

When we arrived at the Rosewater Room, I was immediately impressed with the building it’s housed in, with its beautiful ornate doorway and  “Old Toronto” feel. The inside was just as impressive, although more modern.

Most impressive though—the food! I had my first taste of fois gras, and I can tell you it won’t be the last. Tom had the seared scallops to start and began wishing he had ordered them as his entre as well.

He ordered the veal t-bone for his entree though, and was not disappointed with that… until he tried my duck breast, which was to die for. I would never have thought to caramelize grapes, nor would I have thought to have them for dinner, for that matter, but the duck and the grapes together made my mouth sing with flavours 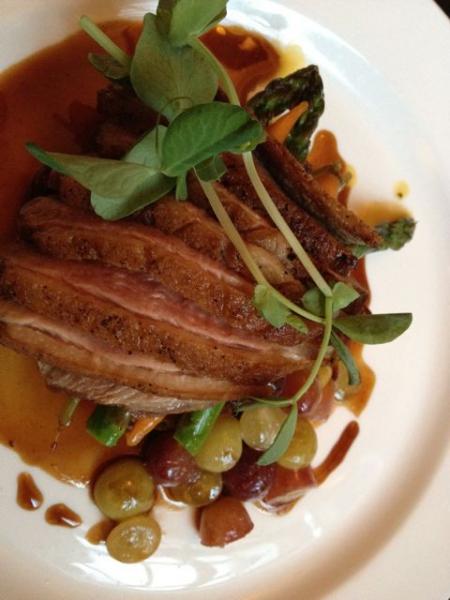 I had never had duck before, as I would normally order a steak, but as I said to Tom, duck seems like the steak of the poultry world. I would definitely order that again.

Since I was stepping out of my comfort zone, I asked the waitress to recommend a dessert other than my old faithful, crème brulee. She chose the red wine poached pears with white chocolate Chantilly cream which was very nice, but Tom had the grapefruit crème brulee, and I kept stealing bites of his because it was a clear winner. 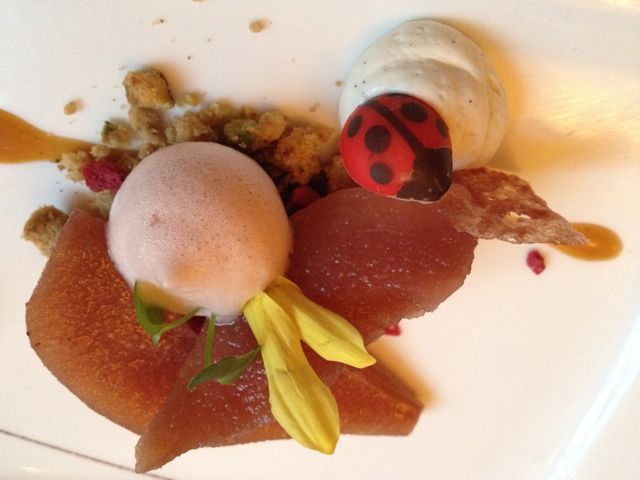 After dinner, we decided to walk back to the hotel and burn off some of the millions of calories we had just consumed. We stopped at the Beer Bistro for a quick drink along the way, and then returned to the Gold Lounge for their late night dessert buffet. So much for that walk.

It was so nice to climb into the crisp white linens of the king size bed, both a luxury I don’t have at home…white linens because I know they wouldn’t be white for long with 4 kids who love to play on our bed, and the king size bed because Tom hasn’t agreed to one yet. I think this date night my have changed his mind though. 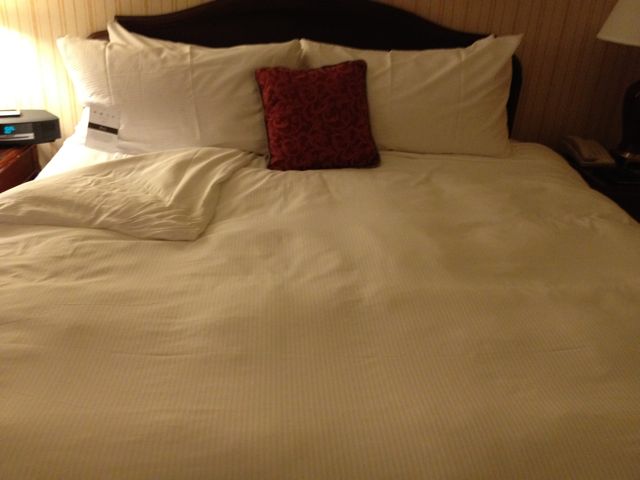 The best part of date night was sleeping in the next morning. Wow, we’re old.

Maureen Turner: We Are Family TV Shows We Watch With Our Kids

Maureen Turner: We Are Family Not Pleased With Please Mum