Your iPhone, iPad and iPod Touch Wallpaper Does Not Have To Look Like Everyone Else’s. This Clever App Can Help Give It Some Personality And Style. 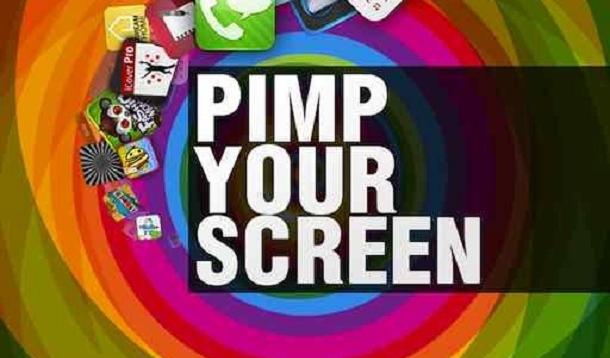 Sick of your smartphone or tablet's bland backgrounds? Not wild about your digital wallpaper?

You're not alone! But now you can do something about it and have some fun in the process.

Personalize your favourite iOS screen, with an app like Apalon’s Pimp Your Screen-a $0.99 download that houses a large collection of unique backgrounds to decorate your device.

Use your fingertip to flip between various images—many of which look like shelves or slots that seem to hold the app icons in place—such as branches on a tree, ice cubes, picture frames, and so on. There are a lot of styles, colours and objects (such as cars, flowers and hand-drawn characters) to choose from.

Many images, which are original and exclusive to this app—says the developer—are also available for both vertical and horizontal orientation. You can scroll through the images by theme, such as Neon and Skins, or peruse the collection by category, like Recent and Popular. It’s also possible to rate apps based on how much you like them.

You can preview what each image looks like with your icons behind it, right from within the app. But to make the picture your home screen (seen behind your icons) or as a lock screen (viewed when you turn on your iGadget), you need to first save the desired image and then go to your photos area to set it as wallpaper.

You can also email a photo to a friend or family member for them to use as wallpaper. New images are added weekly, according to the developer.

If you’re looking to add some individuality and personality to your iPhone, iPad or iPod Touch, the Pimp Your Screen app is a recommended place to start.

Vodio: An App for Video Lovers

Vodio: An App for Video Lovers 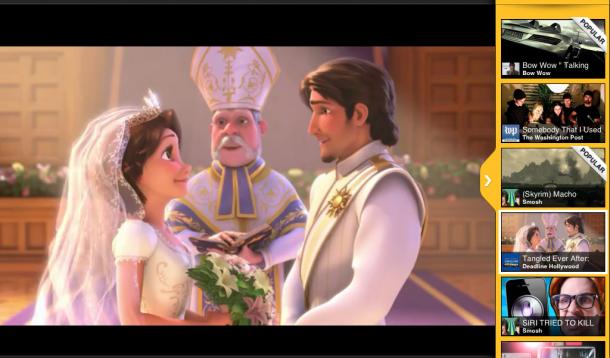 What's a five-letter word for "must-have iPad app for those who love watching online video"?

The answer is Vodio, a simple-to-use yet powerful aggregator of personalized video content.

When you first launch Vodio, you'll see a carousel of video content that you can flick left and right with your fingertip. Each column contains videos based on a particular theme, such as music, comedy, news, tech, and so on.

Flicking up and down on the column shows you more videos under that same topic. When you see a thumbnail and brief description of something to watch, just click it, and the video window expands full screen.

Don't care for sports or science? You can take out this column of video content altogether. Love movie news, trailers, reviews and behind-the-scenes interviews with celebrities? While there isn't a video column based on movies by default, you can easily add one by tapping through the settings menu.

It's this high level of customizability and simple user-interface that makes Vodio a very appealing app for tablet owners.

In fact, not only can you choose a particular theme to be added to the carousel, but you can also select where the content comes from.

For example, tech fans can select specific video feeds from CNet, Engadget, GigaOm, Mashable, TechCrunch, Twit.TV, Wired and so on.

Vodio also has its own tech sub-channels, such as Apps, Apple News, Gadgets and Mobile, to name a few.

For each video you watch, you can tap a Pandora Radio-like "thumbs up" or "thumbs down" icon, and the app will constantly adapt to your personal tastes in video content. If you see something you want to share, send the link via e-mail or tap to tell your friends about it on Facebook or Twitter.

While watching a video full-screen, you can even touch a small tab on the right-hand side to pull up video thumbnails from the same channel, if you want to browse what to watch next.

The only complaint about Vodio is there isn't a way to flag a video as a "favourite," to watch these preferred videos later on. At least, I wasn't able to find a way to do this.

Minor shortcoming aside, Vodio is an extraordinary iPad app that should provide many hours of free, customized video content.

Looking for more addictive apps? Try this one!

The Most Addictive iPad Game to Date?

Free to try, $3 to buy app is ridiculously good

The Most Addictive iPad Game to Date? Every once in a while a game comes along that's so engrossing you simply can't put it down.

It's a solitaire card game that folds in a golf theme, virtual money, power-ups and a story surrounding a meddling gopher named McDivot. The result is a fun, challenging and highly addictive game.

As you'll see in the tutorial (dubbed "The Golf Academy"), the game rules are very simple: You're presented with a number of face-down and face-up cards, laid out in a specific pattern, and you must tap on a card that's one higher or one lower than your card at the bottom of the screen.

For example, if you flip an 8, you can tap on a 7 or 9, and you'll earn more points by making a run on the board; a good run might be something like 8, 7, 6, 7, 8, 9, 10, J and Q. It's also possible to rollover, such as Q, K, A, 2, 3, or the other way around. If you can't tap on any more cards, you'll flip one over from the deck at the bottom of the screen. Tapping on cards might also reveal face-down cards underneath, and removing all the board cards before you reach the end of your deck nets you a perfect score.

Because there's a golf theme, you're also making shots by playing well. Create one of those long chains and you'll earn money that can be used to purchase new clubs. For example, on the board you might see the cards 2, 3, 5, 6, 7 – so in this instance you can tap on the "4" in your golf bag, when needed. Sand traps and water hazards must also be cleared on the board. The golf theme also includes the ability to take a mulligan if you make a mistake, you can purchase power-ups in the Golf Shop for special shots and there are golf mini-games like Mini-Putt and Long Drive-like exercises. There's also humorous commentary on your performance by two broadcasters. If you see the pesky golf pop up while playing solitaire, tap him for a bonus.

Not only is there a lot of content here—60 courses (350 holes) in total, and with occasional cartoon cut-scenes that continues the story – but the 250MB download is also very replayable as you can earn up to three stars per hole by playing well. The game is also available for iPhone and iPod touch, too.

Fairway Solitaire HD also offers more than 30 trophies and World Records, though some might be disappointed at the lack of Game Center support in the iPad version, for those who enjoy comparing scores and posting challenges and achievements with friends on Apple's multiplayer network.

Even if you're not a fan of golf, if you enjoy playing solitaire and want to try a smart new spin on the game, with high production values and a cute story, you'll have a blast with Fairway Solitaire HD for the iPad.

And good luck with getting anything done in the coming months.